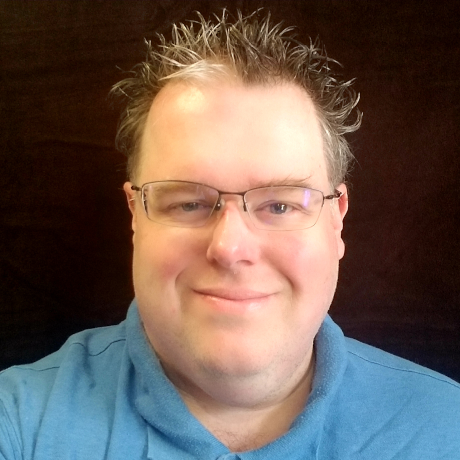 My first computer was the Commodore 64. My mother wanted us to have the same computer they had in the schools so we would know how to use the machine, so my father bought us an Apple IIgs. One day I saw Lemmings on the Macintosh and just had to have one of those machines. I saved my money forever and finally bought a Macintosh PowerBook 165c.

I got in to programming BASIC on the Apple II. I had wanted to develop an AI. In 1989 there was a Magical World of Disney remake of The Absented Minded Professor with an AI called Albert that ran on a Macintosh. They probably put it together with Hypercard or something. I didn't even know that the Mac existed back then...

I thought I could learn how to program Albert in my middle school BASIC class. I didn't realize the code would look more like this...

My High School had a single Computer Science course, where I learned Pascal. We programmed Pascal on the VAX and then moved over to MS-DOS with TurboPascal.

In Highschool I got an after school job at a local manufacturing company where I wrote tools for AutoCAD using LISP. At the time LISP was heavily used for artificial intelligence, and I still had that idea in my head that I wanted to create a computer AI, Albert, that they had in The Absent Minded Professor.

I went to Marist College where I learned C. While there I picked up Perl, Python, and PHP. After programming in C, Python was a breath of fresh air.

I have also maintained a Macintosh machine. But at College I adopted Linux as my OS of choice. I was a big Slackware Linux user back then. These days I still use Linux, but I use Ubuntu now.

594 contributions in the last year