The performance profiling of JavaCard applet code is a notoriously difficult task. As the card environment is build to protect the stored and processed secrets against an attacker with direct physical access, it is difficult to obtain a precise timing trace of the executed code on the granularity of separate methods or even lines of code. To the best of our knowledge, there is no open-source performance profiler available for the JavaCard platform. So we decided to build one.

The profiler is based on the following idea: The source code of an applet is extended with numerous additional lines of code called "performance traps" capable to prematurely interrupt the applet's execution if the condition match the controlling trapID variable. The trap can be inserted after every single line of an applet's original code to achieved the finest profiling granularity if required. The client-side testing application is then repeatedly executed with the different value of controlling trapID variable. As a result increasingly larger chunk of applet's code is executed before interrupted on the corresponding trap. The client-side time measurements are collected and processed to compute the time difference between the two consecutive traps - resulting in the time required to execute a block of an original code between these two traps.

The usage is simple: 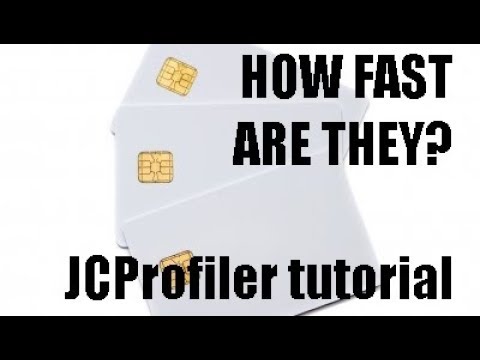 Please read wiki for all details.

The code below was automatically transformed and profiled after insertion of perfromance traps 'PM.check(PM.TRAP...'. Time in milliseconds provides time necessary to reach particular trap from the previous one. A name of card and unique profiling session ID in braces (gd60,1500968219581).