TinySPH is a parallel 2D Smoothed Particle Hydrodynamics(SPH) code, designed to run in real time on the Oak Ridge Leadership Computing Facility's "Tiny Titan" Raspberry Pi cluster. This application was designed to demonstrate distributed computing concepts and while it works best in a distributed environment it is possible to run on a shared memory system such as a single multicore processor. Although the code is designed for Tiny Titan it should, perhaps with some small build tweaks, compile and run on various flavors of Linux and OS X. The code makes use of MPI for distributed computing and requires at least two mpi processes(1 render, 1 compute).

If you find this code useful, find a bug, or use this code in an interesting way i'd love to hear about it, drop me a line at simpsonab@ornl.gov and let me know! 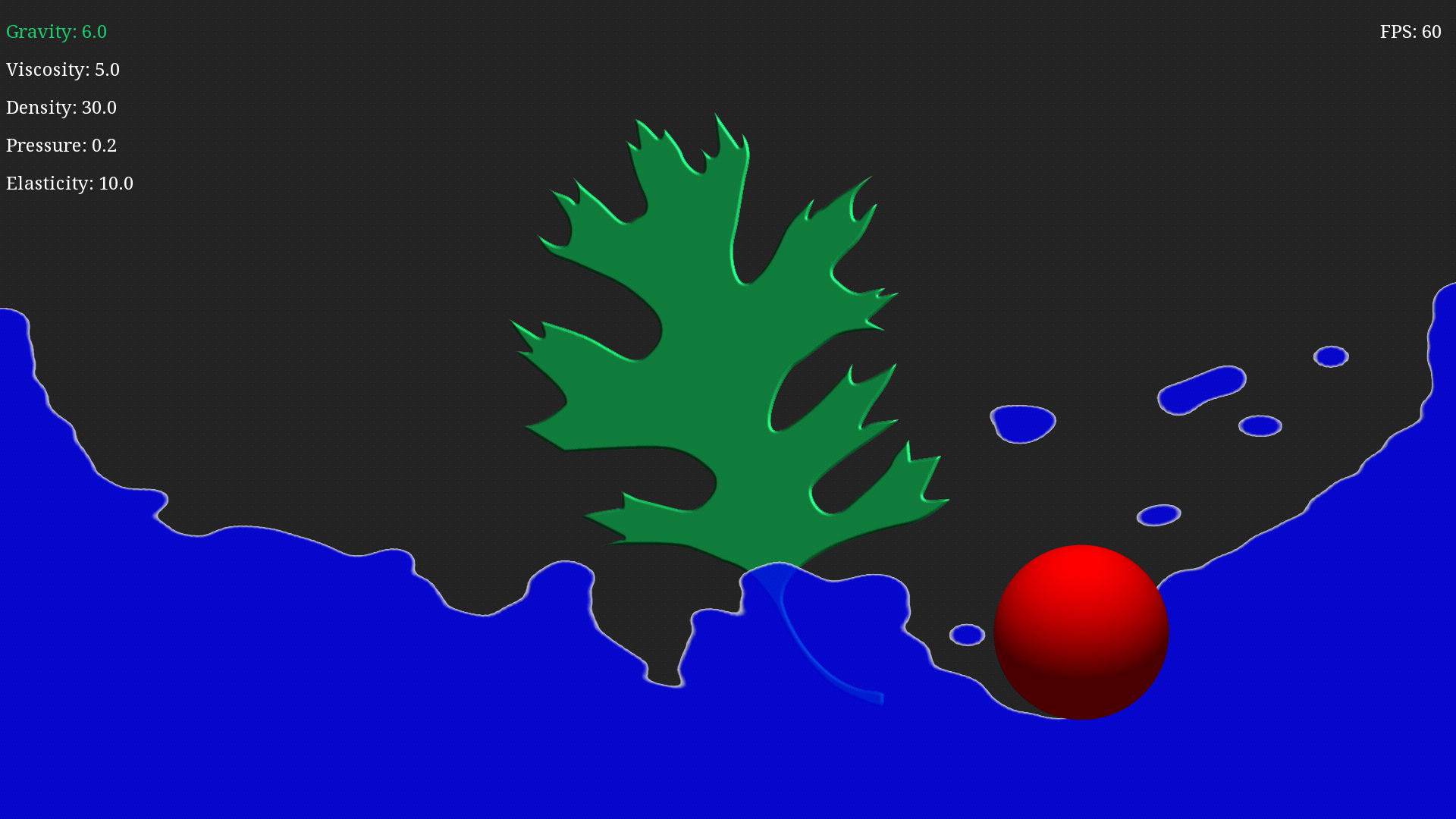 With the surface reconstruction removed the underlying physics simulation can be better viewed, showing SPH's particle nature. The color of the particle indicates which processor core is responsable for it. TinySPH includes a simple number of particle based load balancing scheme. 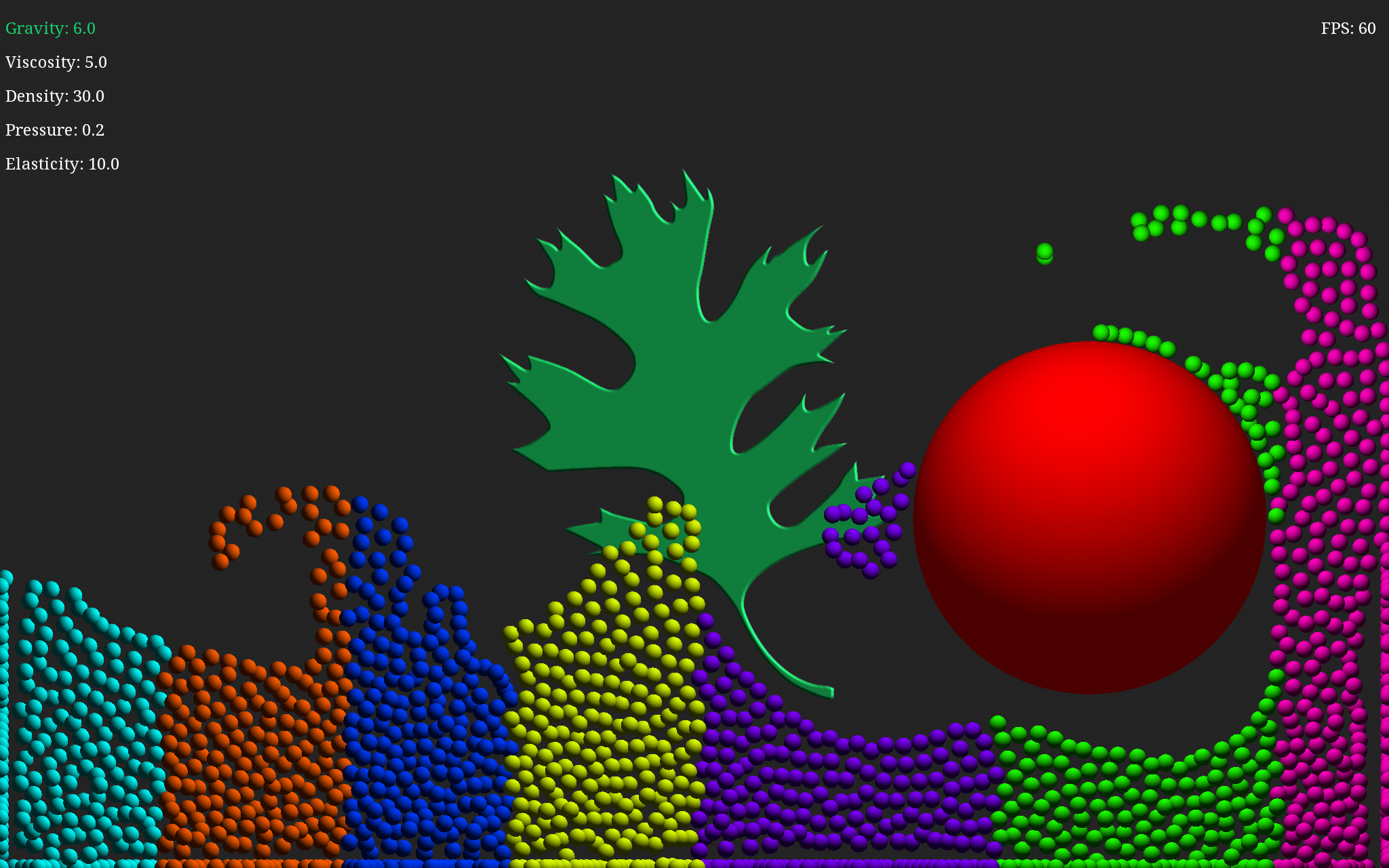 Several prerequisites are required before compiling the code. In a Linux environment, such as Raspian, these may be obtained using your distros package management system. On Macintosh it is recomended that Homebrew be used.

On the RaspberryPi the following packages must be installed, all of which are availble through apt-get. If you used the TinySetup scripts these should already be installed

Once the prerequisites have been installed TitanSPH can be compiled and run.

To run on a 4 core single socket computer:

The input controls are set in GLFW_utils.c and EGL_utils.c for GLFW and Raspberry Pi platforms respectively. The Pi's controls are based upon using an XBox controller to handle input.

Although subject to change generally keys should operate as follows:

If the keyboard input for the RaspberyPi doesn't work you may need to correctly set /dev/input/event# in get_key_press() in egl_util.c

The SPH algorithm is based upon the work of Clavet et al.. To run in real time on the Raspberry Pi a large timestep was neccessary as communication is extremely expensive. Several modifcations have been made to make the algorithm work on the RaspberryPi.