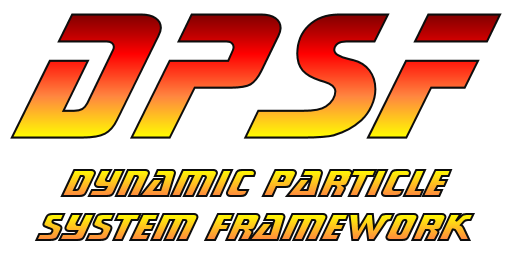 DPSF is a programmer's tool for creating custom particle systems in XNA quickly and easily. Natively, XNA only runs on Windows, XBox 360, and Windows Phone, but through the use of MonoGame DPSF is also available on Android, iOS, and Windows Store apps. The DPSF website has more information about DPSF.

DPSF is now open source and welcomes all pull requests. This repository is for the XNA-dependent versions of DPSF, v1 and v2. DPSF v1 targets XNA 3.1, and v2 targets XNA 4.0.

There is also a new git repository for DPSF v3, which aims to remove the XNA dependency and be graphics engine agnostic, allowing graphic engine plugins to be written on top of it so it can support more development technologies.

While we hope that new development will be done to DPSF v3, it is not ready yet and will likely depend on the time and effort of the community for its completion. For this reason, you may still wish to submit pull requests for this XNA version of DPSF.