tkoeppe committed 9c1e1b9
[pip] Update instructions to refer to a map that allows for rewards.

DeepMind Lab is a 3D learning environment based on id Software's Quake III Arena via ioquake3 and other open source software. 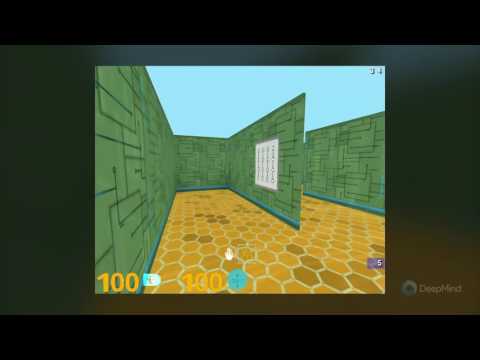 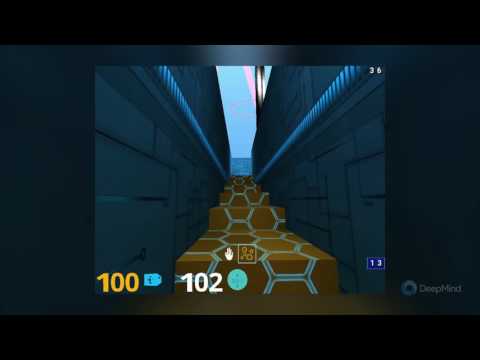 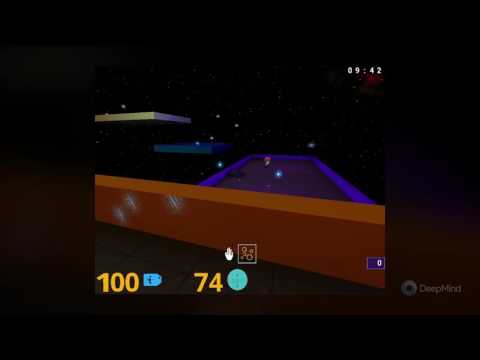 DeepMind Lab provides a suite of challenging 3D navigation and puzzle-solving tasks for learning agents. Its primary purpose is to act as a testbed for research in artificial intelligence, especially deep reinforcement learning.

Disclaimer: This is not an official Google product.

You can reach us at lab@deepmind.com.

Getting started on Linux

For a live example of a random agent, run

Here is some more detailed build documentation, including how to install dependencies if you don't have them.

To enable compiler optimizations, pass the flag --compilation_mode=opt, or -c opt for short, to each bazel build, bazel test and bazel run command. The flag is omitted from the examples here for brevity, but it should be used for real training and evaluation where performance matters.

Play as a human

Leave the logToStdErr setting off to disable most log output.

The values of observations that the environment exposes can be printed at every step by adding a flag --observation OBSERVATION_NAME for each observation of interest.

DeepMind Lab ships with an example random agent in python/random_agent.py which can be used as a starting point for implementing a learning agent. To let this agent interact with DeepMind Lab for training, run

The Python API is used for agent-environment interactions. We also provide bindings to DeepMind's "dm_env" general API for reinforcement learning, as well as a way to build a self-contained PIP package; see the separate documentation for details.

DeepMind Lab ships with different levels implementing different tasks. These tasks can be configured using Lua scripts, as described in the Lua API.

DeepMind Lab is built from the ioquake3 game engine, and it uses the tools q3map2 and bspc for map creation. Bug fixes and cleanups that originate with those projects are best fixed upstream and then merged into DeepMind Lab.

We are very grateful to the maintainers of these repositories for all their hard work on maintaining high-quality code bases.

DeepMind Lab currently ships as source code only. It depends on a few external software libraries, which we ship in several different ways:

The build rules are using a few compiler settings that are specific to GCC. If some flags are not recognized by your compiler (typically those would be specific warning suppressions), you may have to edit those flags. The warnings should be noisy but harmless.