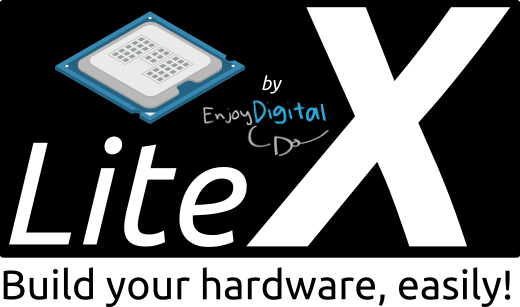 Note: In release 2020.04, LiteX switched to Python modules instead of Git submodules. Existing users will have to reinstall LiteX following the installation guide.

LiteX is a Migen/MiSoC based Core/SoC builder that provides the infrastructure to easily create Cores/SoCs (with or without CPU). The common components of a SoC are provided directly: Buses and Streams (Wishbone, AXI, Avalon-ST), Interconnect, Common cores (RAM, ROM, Timer, UART, etc...), CPU wrappers/integration, etc... and SoC creation capabilities can be greatly extended with the ecosystem of LiteX cores (DRAM, PCIe, Ethernet, SATA, etc...) that can be integrated/simulated/build easily with LiteX. It also provides build backends for open-source and vendors toolchains.

Think of Migen as a toolbox to create FPGA designs in Python and LiteX as a SoC builder to create/develop/debug FPGA SoCs in Python.

A question or want to get in touch? Our IRC channel is #litex at freenode.net

Combining LiteX with the ecosystem of cores allows the creation of complex SoCs such as the one below created for the NeTV2 board to do HDMI capture/playback over PCIe:

Tim has to many projects - LatchUp Edition: https://www.youtube.com/watch?v=v7WrTmexod0

litex.gen Provides specific or experimental modules to generate HDL that are not integrated in Migen.

litex.soc: Provides definitions/modules to build cores (bus, bank, flow), cores and tools to build a SoC from such cores.

litex.boards: Provides platforms and targets for the supported boards. All Migen's platforms can also be used in LiteX. The boards present in the LiteX repository are the official ones that are used for development/CI. More boards are available at: https://github.com/litex-hub/litex-boards

Later, if you need to update all repositories:

Note: On MacOS, make sure you have HomeBrew installed. Then do, brew install wget.

Note: On Windows, it's possible you'll have to set SHELL environment variable to SHELL=cmd.exe.

Go to litex-boards/litex_boards/targets and execute the target you want to build.

You should get the BIOS prompt like the one below. 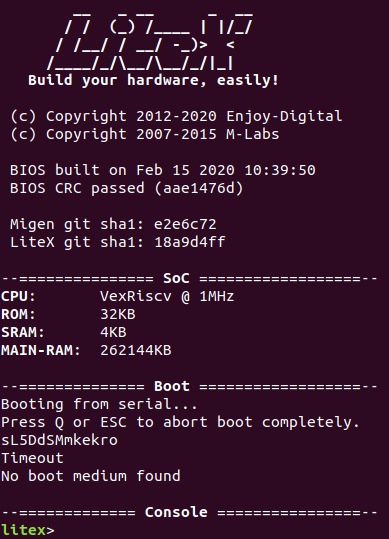 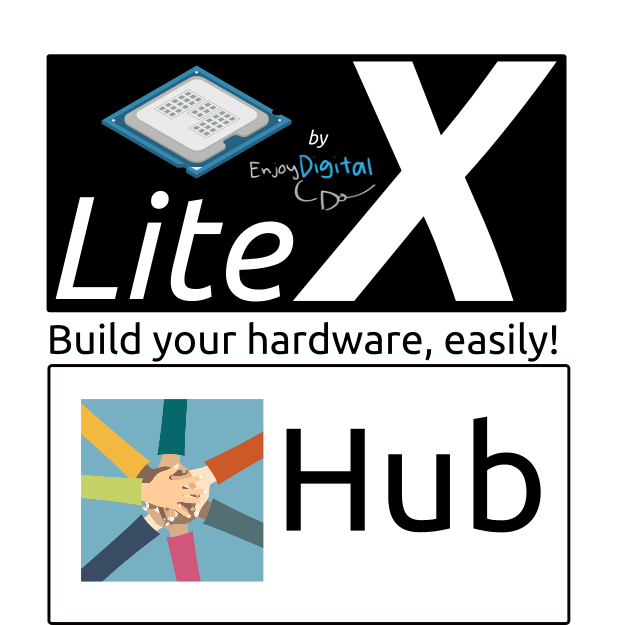 LiteX has been initially developed by EnjoyDigital to create custom SoCs/Systems for our clients (and we are still using it for that purpose :)); but over the years a friendly community has grown around LiteX and the ecosystem of cores. Feedbacks and contributions have already greatly improved the project, EnjoyDigital still leads the development but it is now a community project and collaborative projects created around/with LiteX can be found at https://github.com/litex-hub.