Doing fast searching of nearest neighbors in high dimensional spaces is an increasingly important problem, but so far there has not been a lot of empirical attempts at comparing approaches in an objective way.

This project contains some tools to benchmark various implementations of approximate nearest neighbor (ANN) search for different metrics. We have pregenerated datasets (in HDF5) formats and we also have Docker containers for each algorithm. There's a test suite that makes sure every algorithm works.

We have a number of precomputed data sets for this. All data sets are pre-split into train/test and come with ground truth data in the form of the top 100 neighbors. We store them in a HDF5 format: 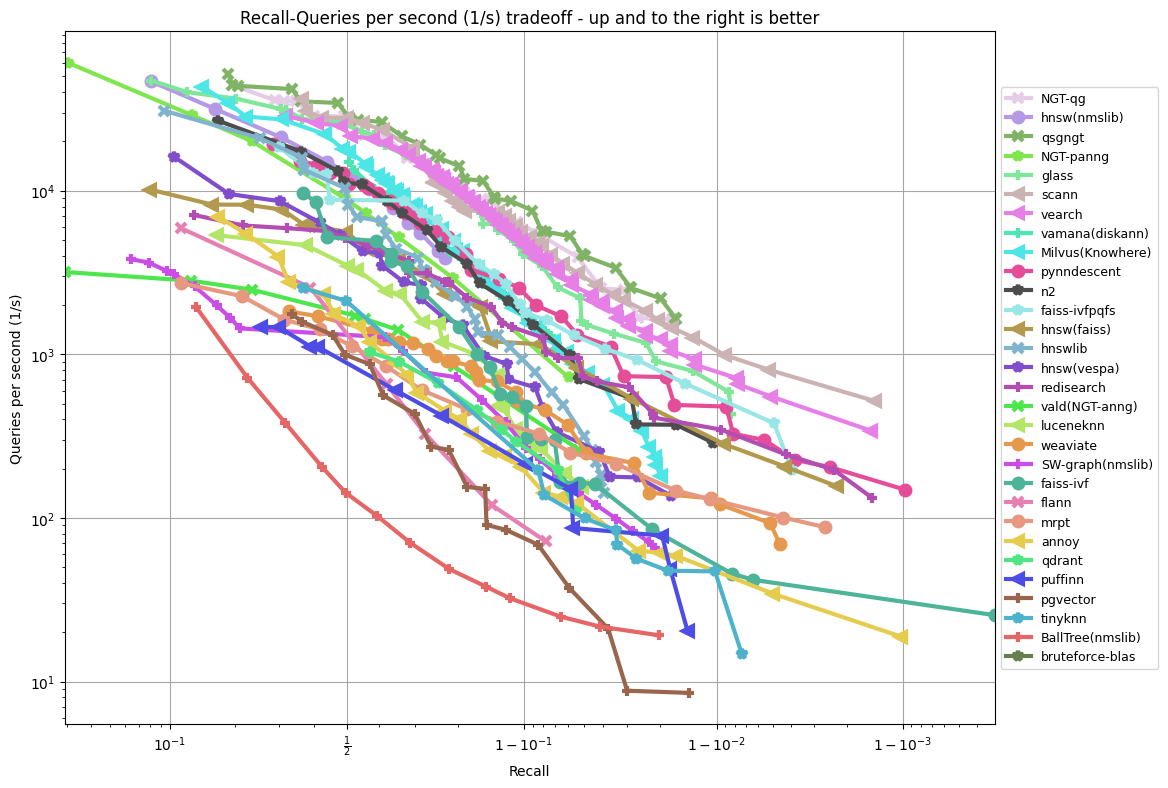 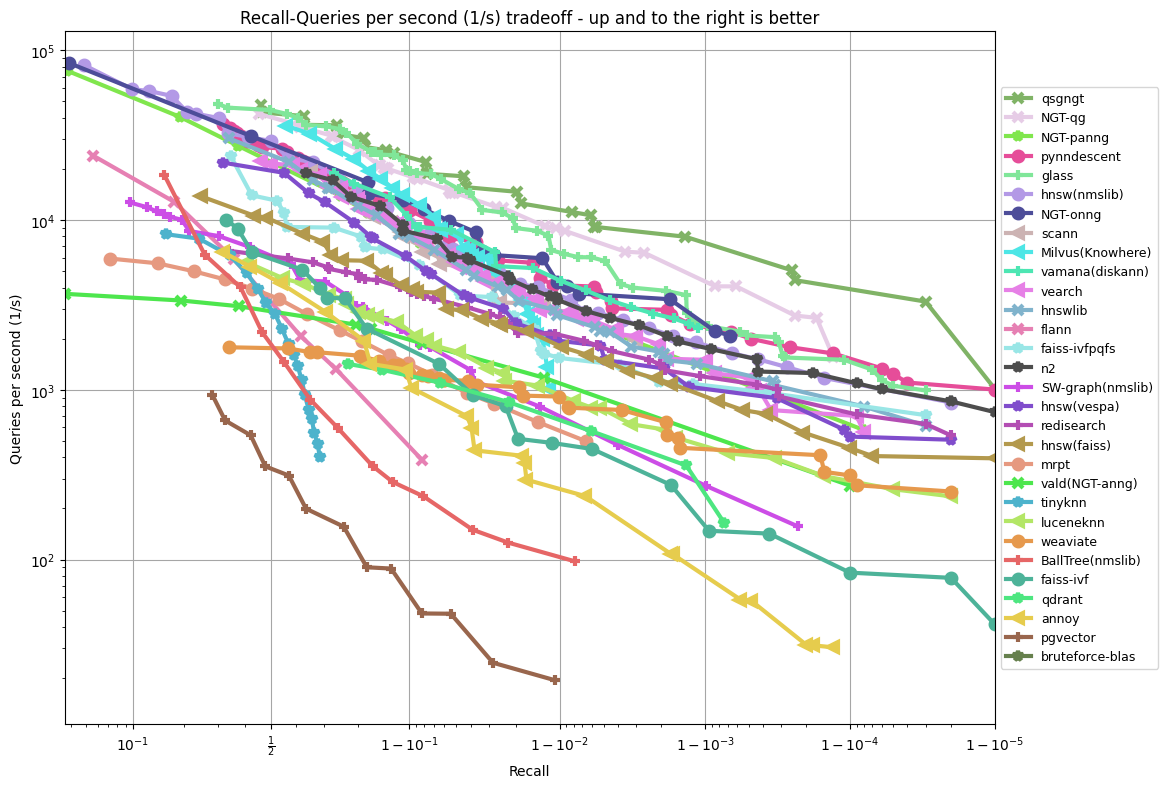 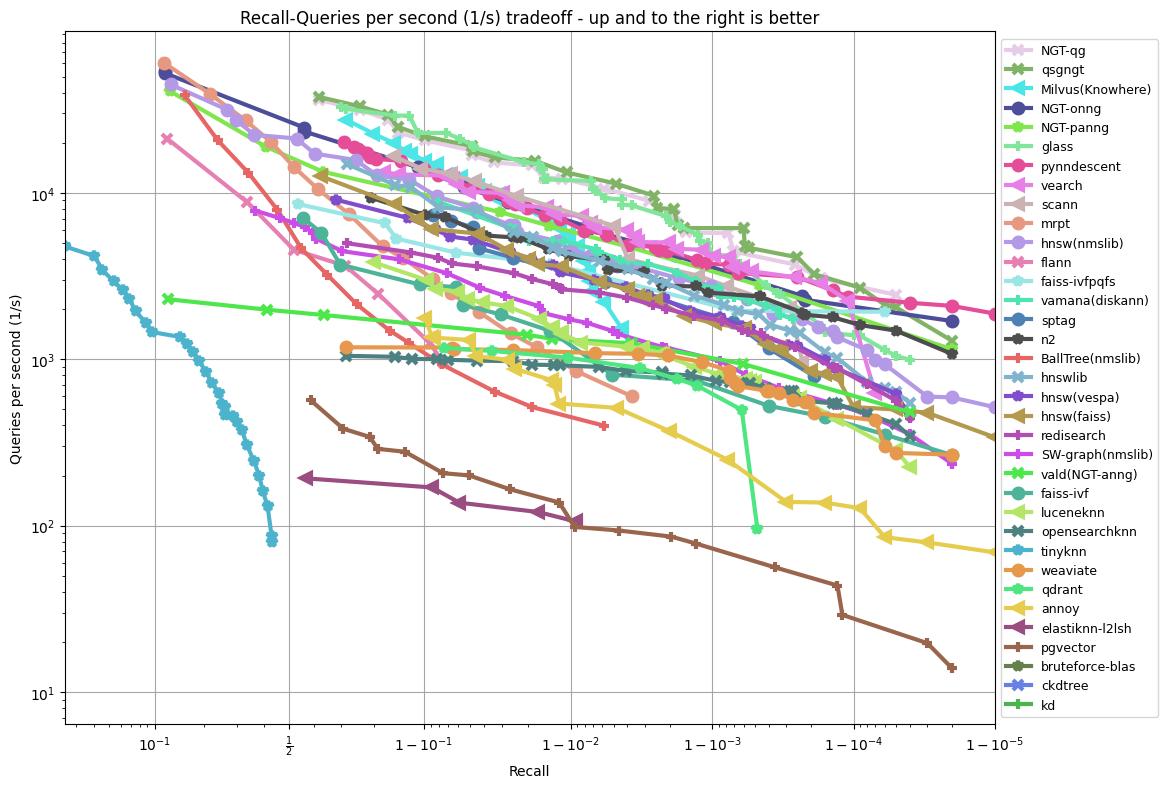 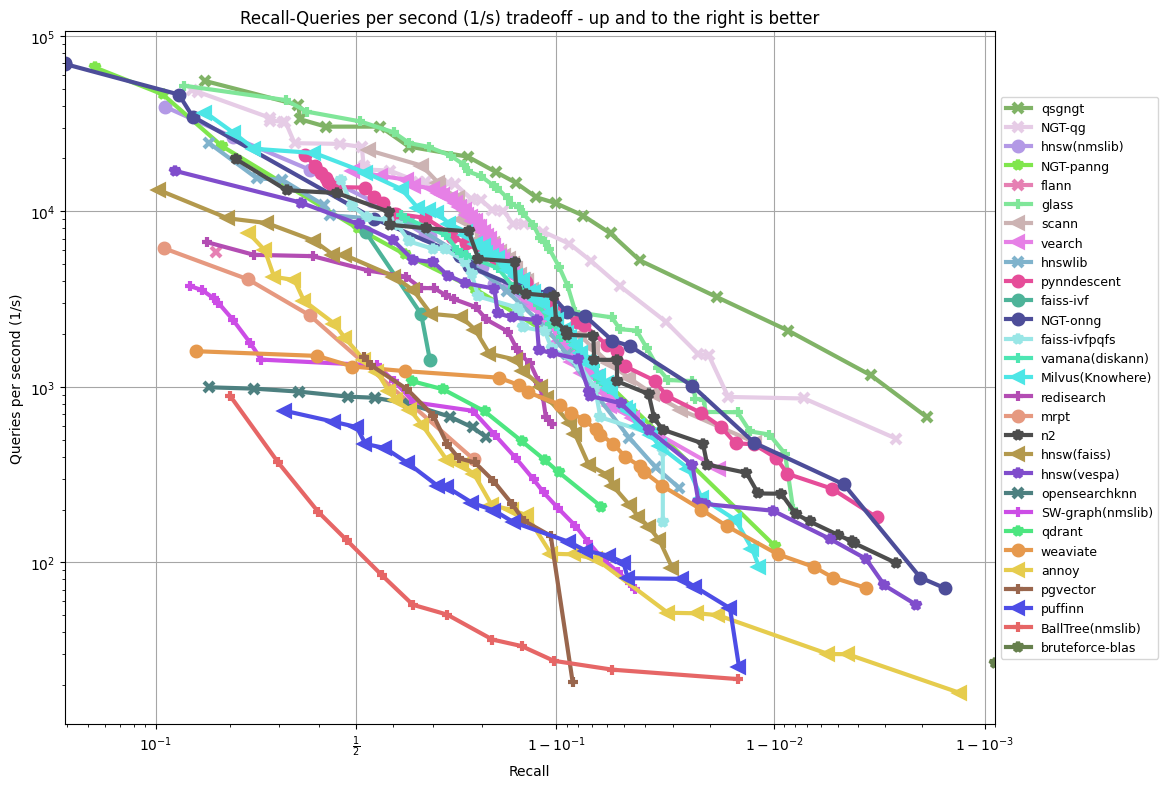 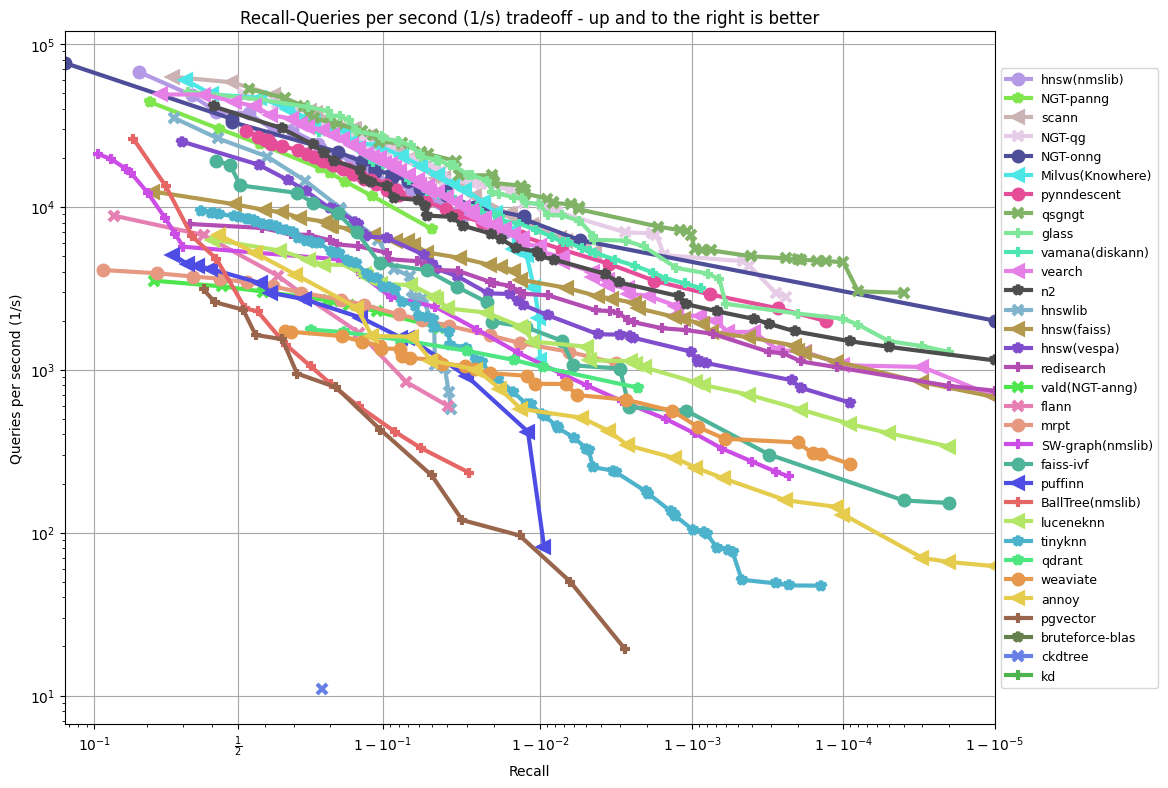 The only prerequisite is Python (tested with 3.6) and Docker.

You can customize the algorithms and datasets if you want to:

Built by Erik Bernhardsson with significant contributions from Martin Aumüller and Alexander Faithfull.

The following publication details design principles behind the benchmarking framework: