HoneyMap is a web application which visualizes a live stream of GPS locations on a SVG world map. In principle, it can be used with any stream of GPS data. For our application, we use honeypot captures, provided by several hpfeeds from the Honeynet Project. For more information on our instance of HoneyMap, see HoneyMap - Visualizing Worldwide Attacks in Real-Time.

Front-end code is written in CoffeeScript and makes use of SockJS (HTML5 websockets), jQuery, jVectorMap and jQuery Transit (CSS3 animations).

Back-end code is written in Go and makes use of sockjs-go and go-hpfeeds.

(The earliest version of HoneyMap was using node.js instead of Go and socket.io instead of SockJS.) 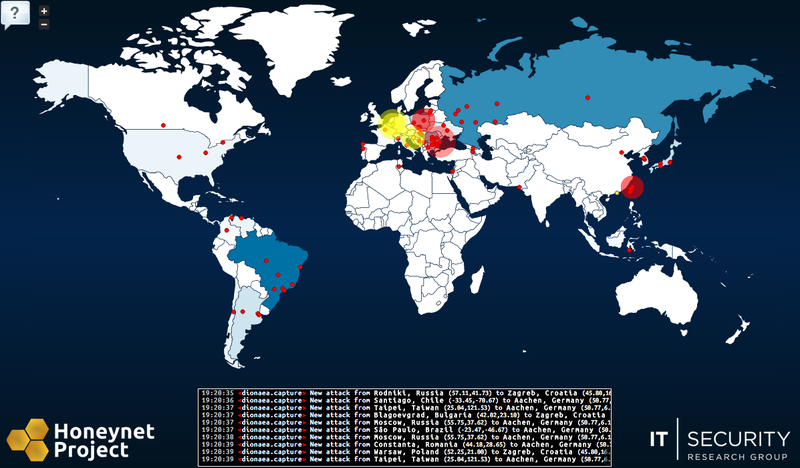 This software is distributed under the terms of the GNU Lesser General Public License (LGPL), with the following exception/change: If you want to use parts of this software in a commercial environment or product, you are required to publicly attribute credit to this project by including it's name and a link to this website.