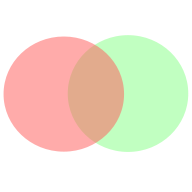 PyDedupe is a Python library for performing record linkage, which identifies similar groups of records.

I wrote and used PyDedupe at Naspers in 2007 and 2008, and received permission to publish it under the GNU General Public License.

PyDedupe supports a general model of tabular data and decouples the input formats from the algorithm.

The only other open-source Python record-linkage library at the time was FEBRL which supported only scalar-valued fields. PyDedupe supports row transformations for generated fields, multi-valued fields derived from delimited values in a column or combined from several columns, and compound values such as geographic coordinates. The API operates on iterations of tuples so that it is decoupled from input which could come from databases or files. A convenience module loads records from CSV files and re-writes them with similar records grouped together.

The general strategy for record linkage is:

The PyDedupe API can be used at multiple levels of abstraction:

Using the library on CSV files requires writing a small script that defines the strategies for indexing, comparison and classification, then calls a high-level function with the name of the CSV input file and a folder in which to write the output. Records may be linked either within a single file, or between two files.

Record linkage on a database requires writing additional code to retrieves tuples, using the PyDedupe API to index, compare and classify the tuples, thentag the pairs of linked records in the database - or present a user interface for manually merging them.