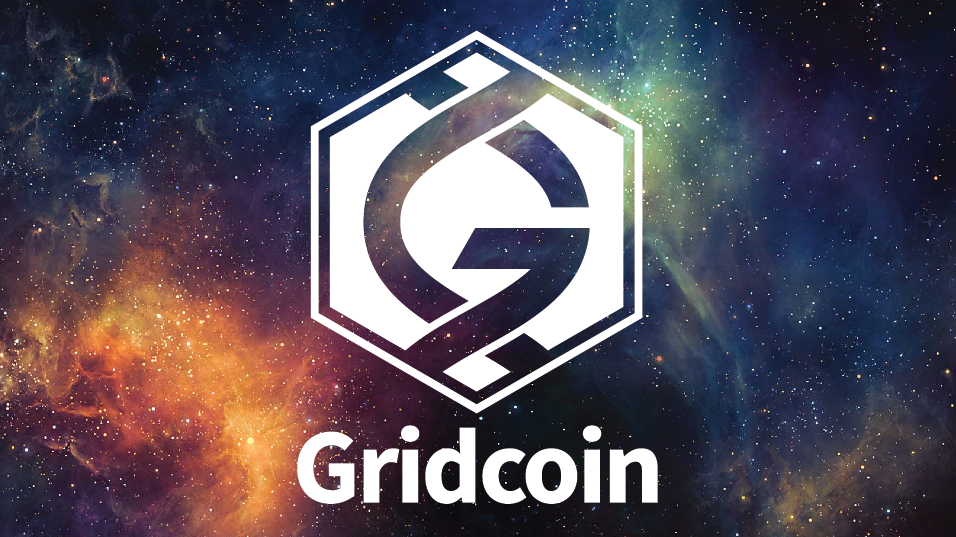 Gridcoin (Ticker: GRC) is a decentralized, open-source, math-based digital asset (cryptocurrency). Gridcoin, while energy-efficient, is the first and only cryptocurrency that rewards individuals for scientific contributions and performs transactions peer-to-peer cryptographically - without the need for a central authority to distribute rewards. It is the first block chain protocol that delivered a working algorithm that rewards and cryptographically proves solving BOINC (Berkeley Open Infrastructure for Network Computing) hosted work, which could be virtually any kind of computing process. Gridcoin provides benefits to humanity through contributions to computational research. There are no limitations to a single BOINC project, providing the flexibility to be rewarded for virtually any type of computational process.

Gridcoin was launched on October 16th, 2013 by Rob Halförd, following an announcement CryptocurrencyTalk.

The coin compensates the coin miners (researchers) for participating in BOINC projects that may lead to advances in medicine, biology, mathematics, science, climatology, particle and astrophysics, thus providing real benefits to humanity. Gridcoin compensates researchers for contributing computational power towards BOINC research using an energy-efficient Proof-of-Stake process, instead of generating heat and using computational power for a Proof-of-Work algorithm. Gridcoin differs from other scientific cryptocurrencies in its ability to support many different kinds of scientific projects and is only limited by what is currently broadcast over the BOINC network, and the project whitelist decided upon by community consensus.

There was a change from the original Gridcoin protocol (Gridcoin-Classic) to Gridcoin-Research, the actual Gridcoin. Gridcoin-Classic used a hybrid Proof-of-Work which allowed each computer to spend half of the time hashing, and half of the time contributing to science; An improvement on Bitcoin, but computational resources were still being wasted. The BOINC work was only used to measure the subsidy that was supposed to be minted with the block. Gridcoin-Research makes scrypt mining and Proof-of-Work hashing obsolete. With the change to Gridcoin-Research and the Proof-of-Research algorithm, nearly all of the energy goes to science; The compute power to secure the block chain is minimal. In the Proof-of-Research algorithm, the BOINC work is not only used to measure the subsidy and provide a unique alternative to classic work measuring Proof-of-Work schemes, but actually complements the security of the Proof-of-Stake system.

Gridcoin allows near instant peer to peer transactions and worldwide payments at very low processing fees. The code is open source and allows everyone to take part in the success and development of the currency. Open Source is said to be more secure, since everybody can review and improve the code if needed.

BOINC's success is largely built on the credit system, which allowed for competition between partakers. Gridcoin furthers this competition by adding an interchangeable scale of measure. Peers can now directly see their contribution and own mark on the chain, a document of scientific progress.

Bitcoin is consuming approximately 42.69 TWh according to Digiconomist. Although controversial in modeling this figure, it shows that a lot of unnecessary energy is used by Bitcoin's SHA-256 algorithm, which could be used for more useful calculations. Gridcoin is based on the Bitcoin protocol but differs from Bitcoin in that it can be efficiently mined with consumer-grade hardware, therefore is not likely to be replaced by specialized ASIC mining chips in the future.

Gridcoin-Research is based on a Proof of Stake algorithm, which itself is much more energy efficient. Energy-efficiency was already propagated during the release of Peercoin, the first Proof-of-Stake coin. Proof-of-Stake allows miners to dedicate their compute resources towards scientific computations instead of securing the blockchain.