This release enhances Infection Monkey's ransomware simulation capability by adding the ability to propagate via PowerShell remoting. It also provides numerous bug fixes, as well as UX and security improvements. To start downloading it while you read the release notes, go to the Infection Monkey website.

Welcome and thanks to our new contributors:
@TRGamer-tech

This release introduces Infection Monkey's ransomware simulation capability. It also adds a number of security enhancements and configuration options. To start downloading it while you read the release notes, go to the Infection Monkey website.

This release introduces exciting new features, performance improvements, and lots of bug fixes. To start downloading it while you read the release notes, go to the Infection Monkey website.

Scout Suite is an open-source cloud security-auditing tool. It queries the cloud API to gather configuration data. Based on the configuration data gathered, ScoutSuite shows security issues and risks present in your cloud infrastructure. Infection Monkey will run a ScoutSuite scan against your AWS environment and categorize any alerts according to the Zero Trust framework. #519 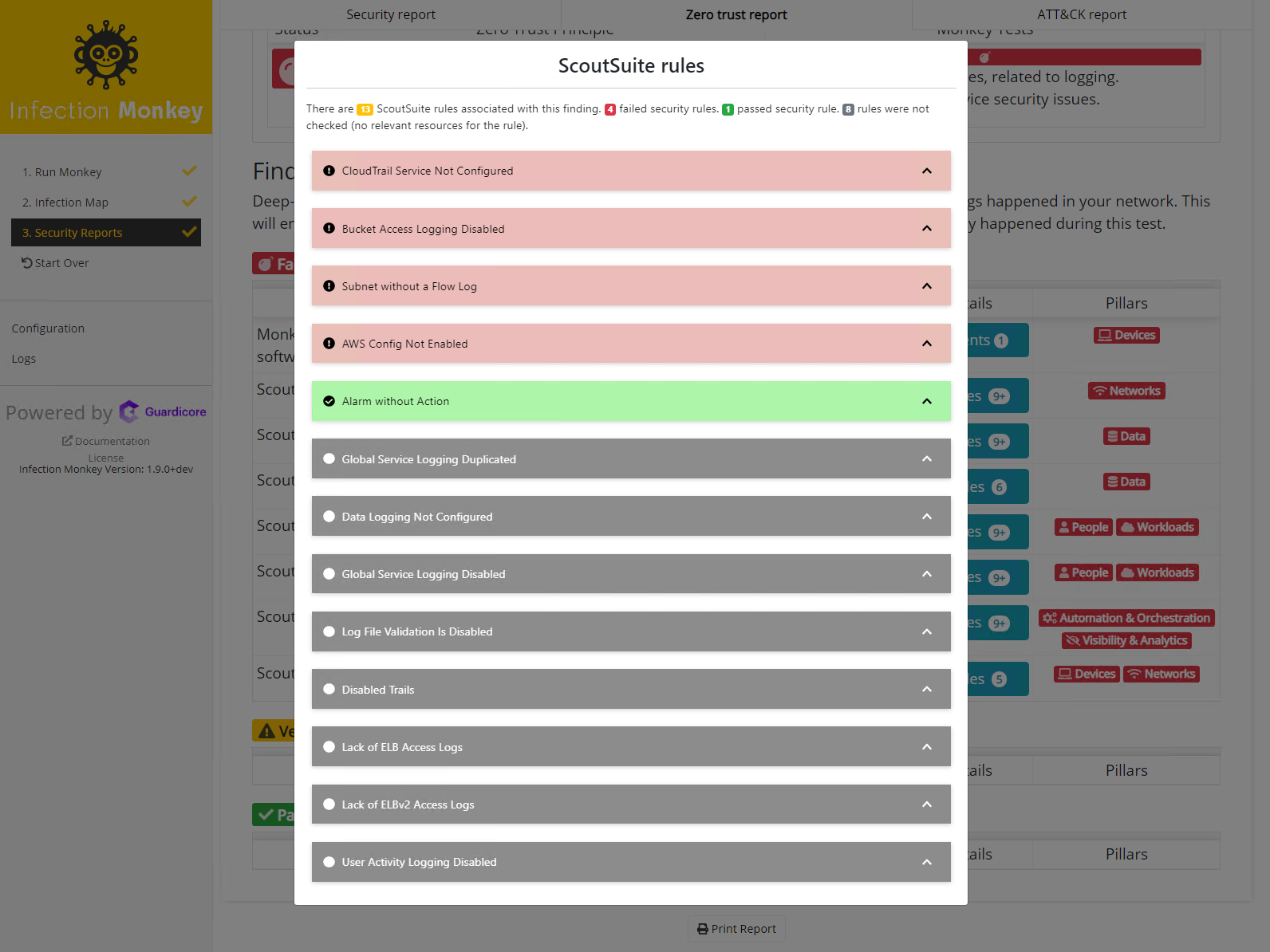 We've updated our documentation for readability and consistency, as well as added swimm tutorials for developers.

This is a BIG, exciting release, with a ton of new features and improvements. To start downloading it while you read the release notes, go to the Infection Monkey website.

We're continuing to improve our MITRE ATT&CK capabilities, with many new techniques added and a new report with more information.

We've added 8 new ATT&CK techniques to the Monkey, which brings our total coverage to 32!

The new report added a new status to help you discern WHY a technique was or was not attempted, so you can optimise future Monkey executions. Here's how it looks: 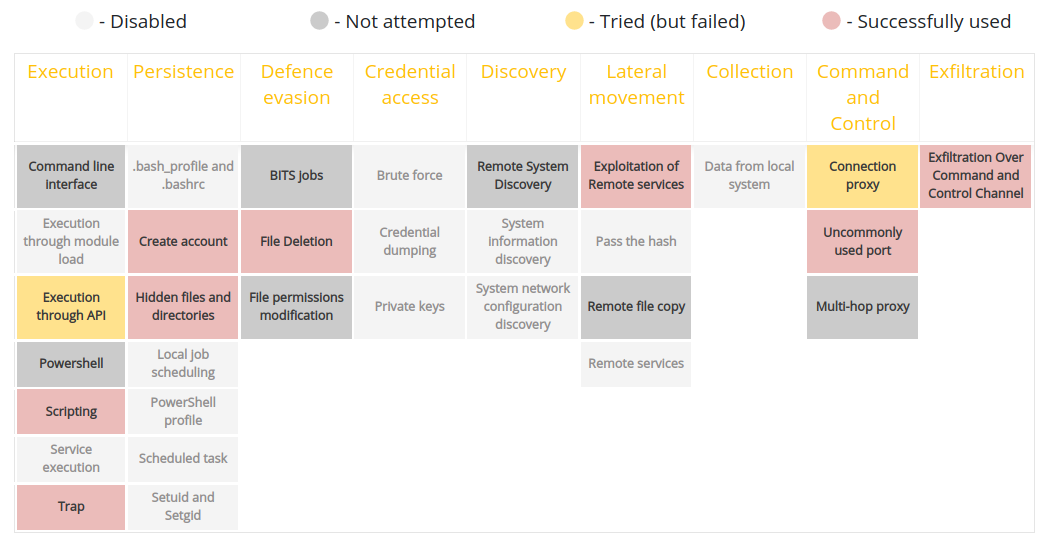 In our effort to improve the user experience and make Monkey more accessible and useable we've revamped our entire Configuration screen! Easily control the credentials used in simulations, the target list the Monkey will scan, and which exploits the Monkey will attempt to use.

Most AVs recognize and delete the Mimikatz DLL or even disrupt the entire Monkey installation process on Windows. We've replaced Mimikatz with pypykatz and for now, it'll be much harder for endpoint protection software to stop the Monkey.

Due to the limited control and ease of use of the GitHub wiki, we've decided to move our documentation to a self-hosted solution based on Hugo.

See it in action here. 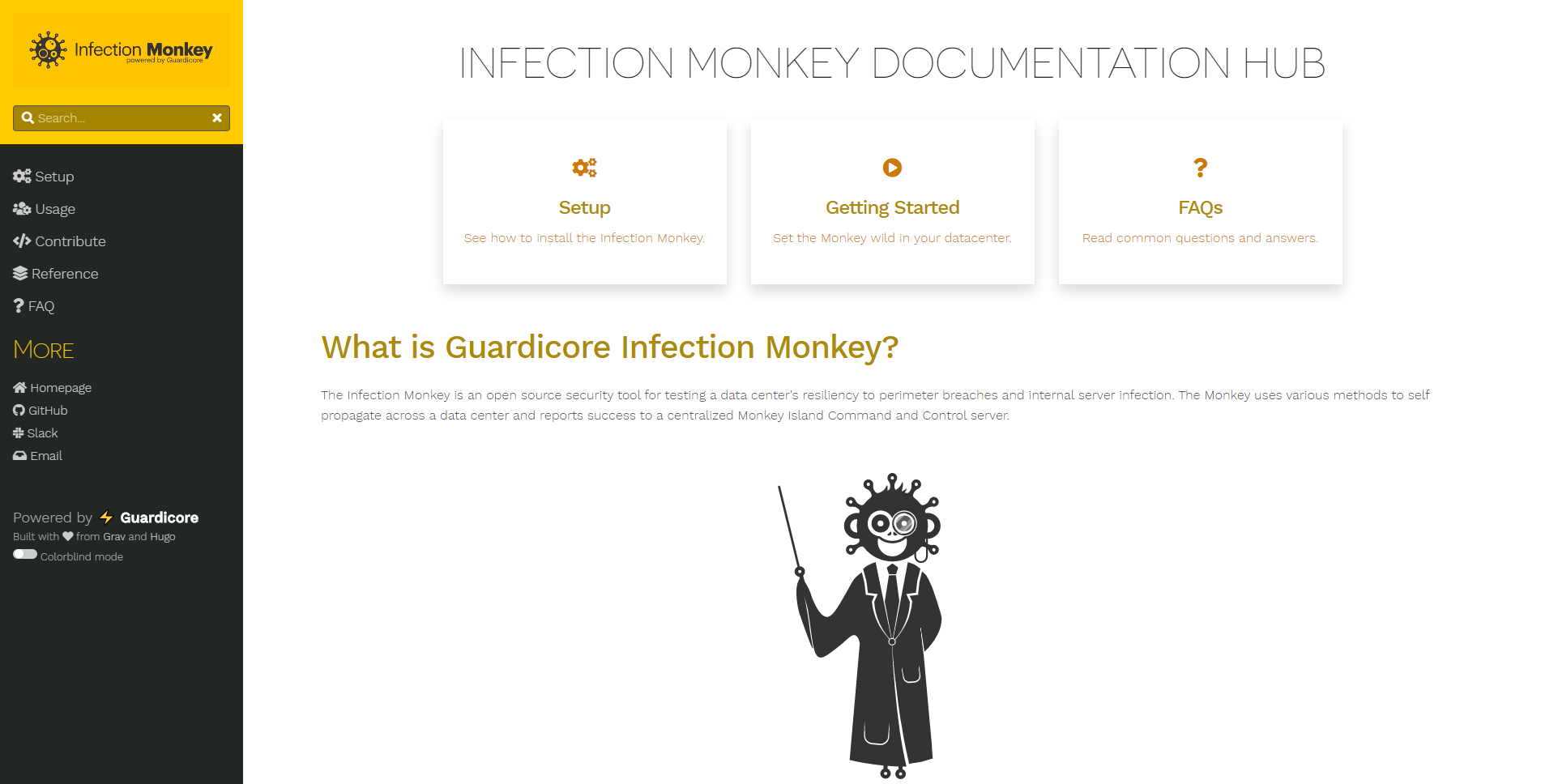 Monkey Island is secure by default (#596)

The first time you launch Monkey Island (Infection Monkey CC server), you'll be prompted to create an account and secure your island. After your account is created, the server will only be accessible via the credentials you chose.

If you want Island to be accessible without credentials press I want anyone to access the island. Please note that this option is insecure: you should only pick this for use in development environments. 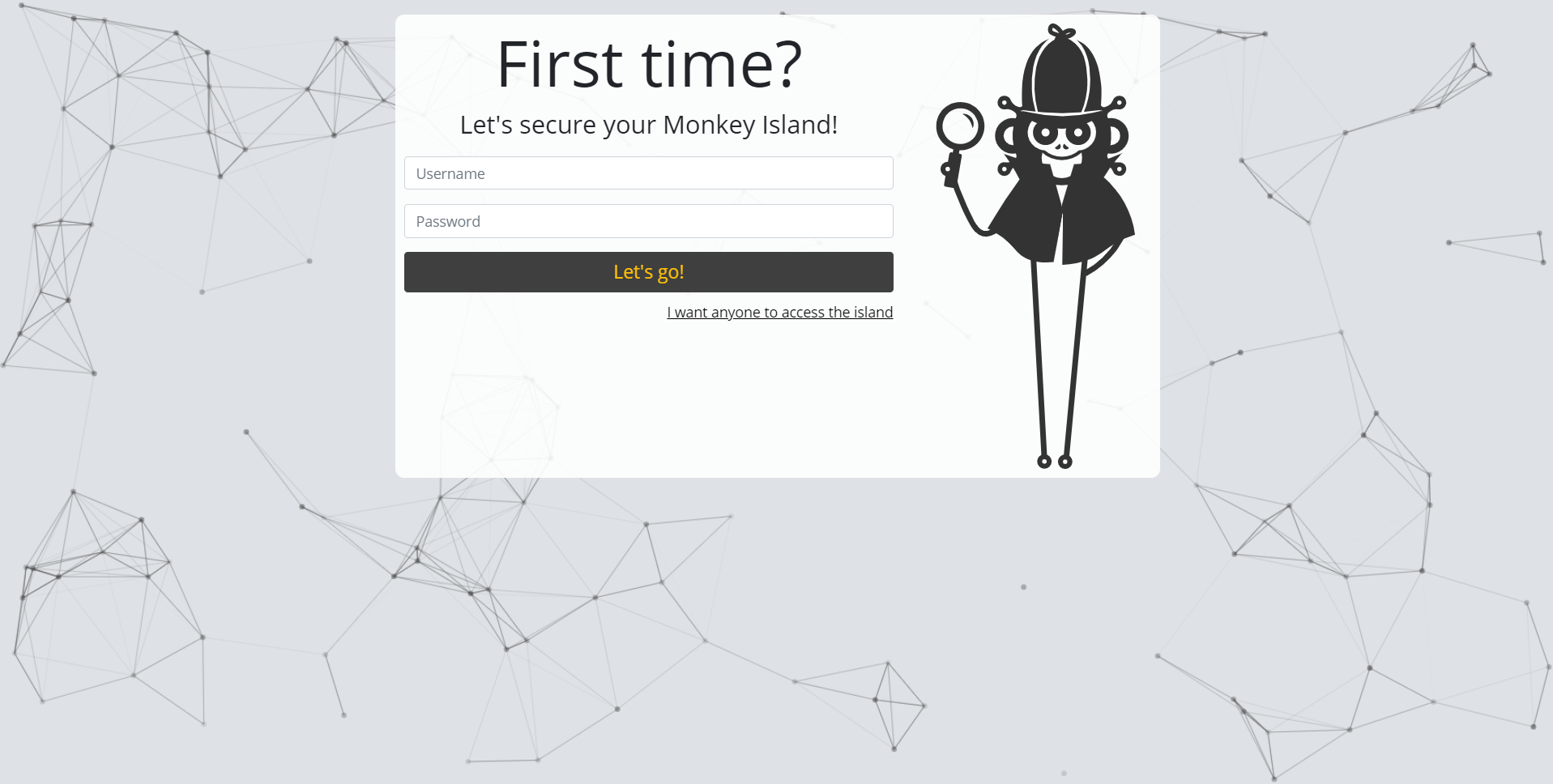 Improvements to our CI process

This is a small maintenance release. It includes some bug fixes, some performance improvements, and some new features. To start downloading it while you read the release notes, go to the Infection Monkey website.

Now you can easily see the number of open ports/services and number of servers scanned in the Security Report after a monkey run. Here's how it looks:

This is a BIG, exciting release, with a ton of new features and improvements. To start downloading it while you read the release notes, go to the Infection Monkey website.

In the previous version, Infection Monkey started mapping its abilities to the MITRE ATT&CK matrix. We now present these results, alongside the relevant data and mitigations, in a new report that will enable you to understand and mitigate security issues in your network in the vernacular of MITRE.

Here's how it looks:

For more details, read our blog post or watch the overview video. 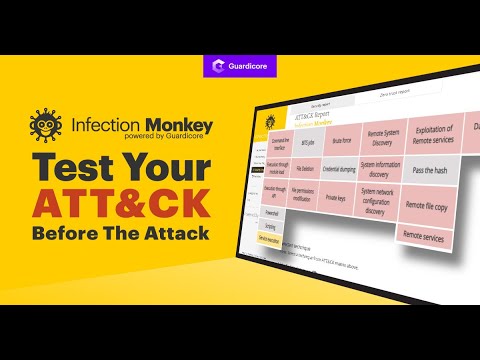 Since we decided to migrate the Monkey to Python 3.7 , we wanted to make sure that it will still be able to give accurate results on a myriad of operating systems, even old ones that don't support Python 3 at all.

This included changes to the Monkey itself and also to us forking our own version of PyInstaller with a custom bootloader.

We added another Zero Trust test to the Monkey's arsenal: the Monkey tries to create a new user that communicates with the internet. If it succeeds, this means that the network’s policies were too permissive.

See it in action in this blog post called "How to Assess Your Zero Trust Status: Monkey See, Centra Do".

Improvements to our CI process

We hope to continue improving our performance as time goes on - this infrastructure will enable automatic testing of performance using Blackbox testing.

Now these subsystems are modular and easy to expand using plugins, like PBAs before them (#397).

Simplifies our development setup by using only a single requirements file for both Infection Monkey platforms. Thanks pip

This is a BIG, exciting release, with a ton of new features and improvements. To start downloading it while you read the release notes, go to the Infection Monkey website..

The Monkey now tests your network against the Forrester Zero Trust eXtended framework and provides a report with actionable data and recommendations.

Read more about it in the Infection Monkey for Zero Trust product page or watch a demo video.

Adds the ability to configure monkey using the MITRE ATT&CK matrix and allows to view which ATT&CK techniques were used and how in the report.

The monkey now scans its target subnets in parallel, which improves runtime by 4.

The island now generates reports faster for larger amounts of network nodes by 2 orders of magnitude, which helps when dealing with larger-scale networks. Also, the report is cached if no Monkey has communicated since the last report has been generated.

Notification when infection is done (#326)

The Island website will now send you a notification when the infection is done, so you don't need to busy wait on it.

Various other bug fixes, such as:

This is a small bugfix release, mostly around integration and packaging.

First, we now do not request AWS access keys for different features like AWS security hub integration and remote commands on EC2 instances. We now require an IAM role to be applied to the EC2 instance where the monkey is running. For more details, check here and here

Second, the Monkey Island now checks for updates against a centralized server. At startup, a single message containing the current version is sent to a dedicated machine, and returns whether there is a new version available and a download link in case there is one.

Also, the Island may now also run as a single PyInstaller packed executable, solving some deployment issues on Windows.

This is a release with plenty of cool features.

Take the Infection Monkey for a spin inside your network and let us know how it was!

We also improved our deployment, making it easier for developers to set up their own instance of the Monkey (#225 and #227 )