Maintain your bearings while branching with Git

Twiggy is a fugitive extension that loads, decorates and sorts(!) git branches into an interactive buffer. It provides basic merge and rebase support, stashing, and some other goodies. 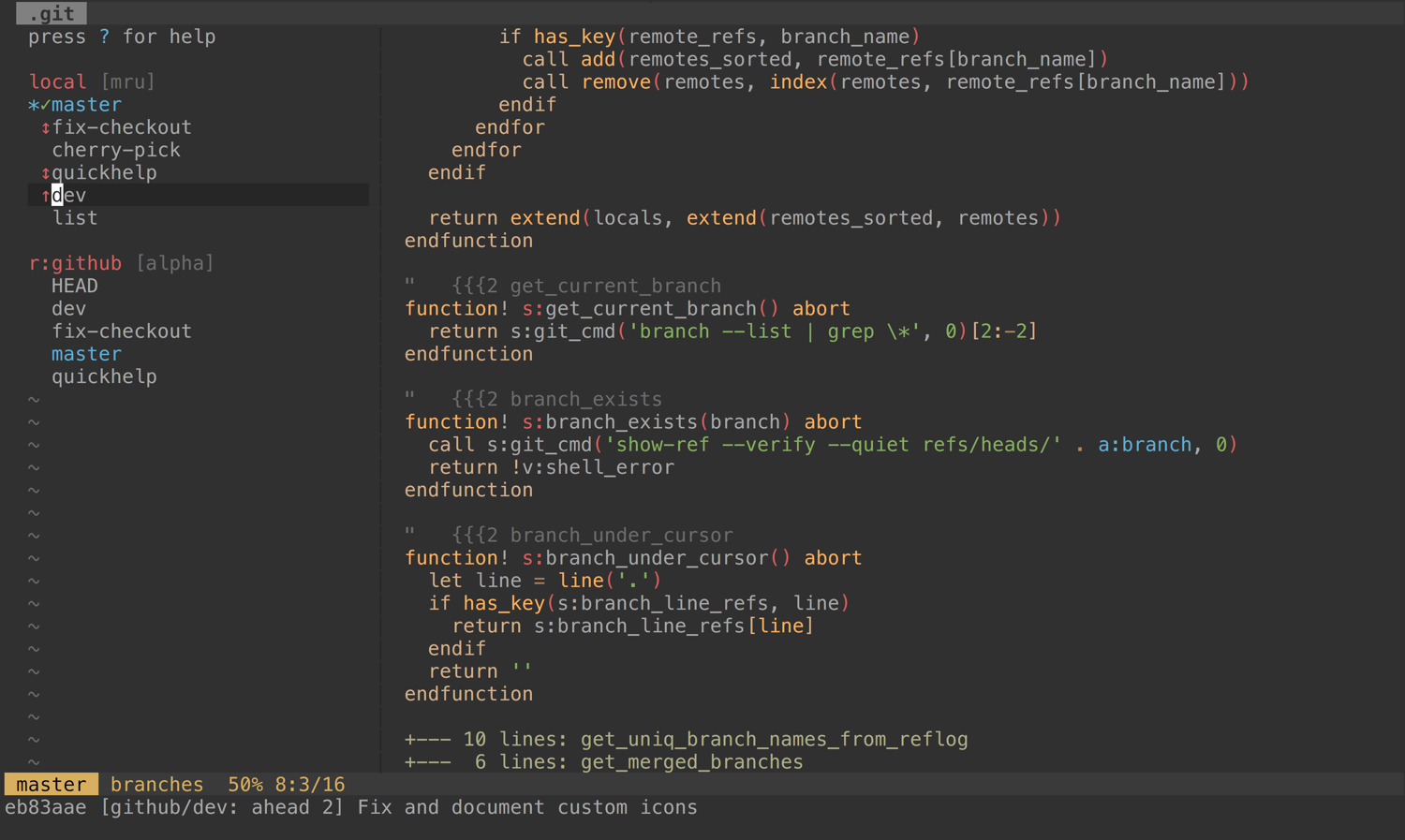 Invoke Twiggy with the :Twiggy command.

Use j and k to jump between branch names and <C-N> and <C-P> to jump between groups. As your cursor moves, information about the branch under the cursor will be echoed to the command prompt.

To checkout a branch, hit c. If the branch is remote and a tracking branch doesn't yet exist for it, one will be created. C will checkout a remote branch in detached HEAD... even if your cursor on the local version! You can also use o and O. <CR> (Enter) is an alias for c.

Press i to cycle through sorting options (I to go backwards) and a to toggle the grouping of local branches by slash (/).

Sorting locals by most-recently-used and not grouping them by slash is super useful! So is sorting remotes by date. If you really wanted to, you could make this your default with the following in your vimrc:

In any event, these are settings you may want to play around with. Your last settings will be remembered until you close Vim.

u aborts a merge or rebase.

dd to delete a branch. You will be prompted if it's unmerged.

Create or checkout a branch with :Twiggy <branch-name>.

Press F on the current branch to fetch from the upstream. Without moving your cursor, press C to checkout the remote branch in detached HEAD. If everything looks good, move your cursor back to the original branch and press c to checkout, then press M to merge the upstream changes.

Twiggy itself is only concerned with branching, but it does have very warm feelings toward the following plugins:

Install one of them and you will get the following mappings:

gl show commits for the branch under the cursor

Use vim's built-in package support or your favourite package manager.

There sure are a lot of options

My personal fave is vim-plug:

If you like this plugin, please star it and vote for it on vim.org!