Dockerized eMobility for use in T-Pot

eMobility is a high-interaction honeynet with the goal to collect intelligence about the motives and methods of adversaries targeting next-generation transport infrastructure. The eMobility honeynet consists of a charging central system, serveral charge points, and simulated user transactions. Once the attacker gets access to the web interface of the central system, the attacker will be able to reconfigure the system, monitor and manipulate running charging transactions, and interact with the charge points. On top of that, at random times, users start charging their vehicles and the attacker might interact with those users.

This repository contains the necessary files to create a dockerized version of eMobility.

The Dockerfile contains the blueprint for the dockerized eMobility and will be used to setup the docker image.

The docker-compose.yml contains the necessary settings to test eMobility using docker-compose. This will ensure to start the docker container with the appropriate permissions and port mappings. 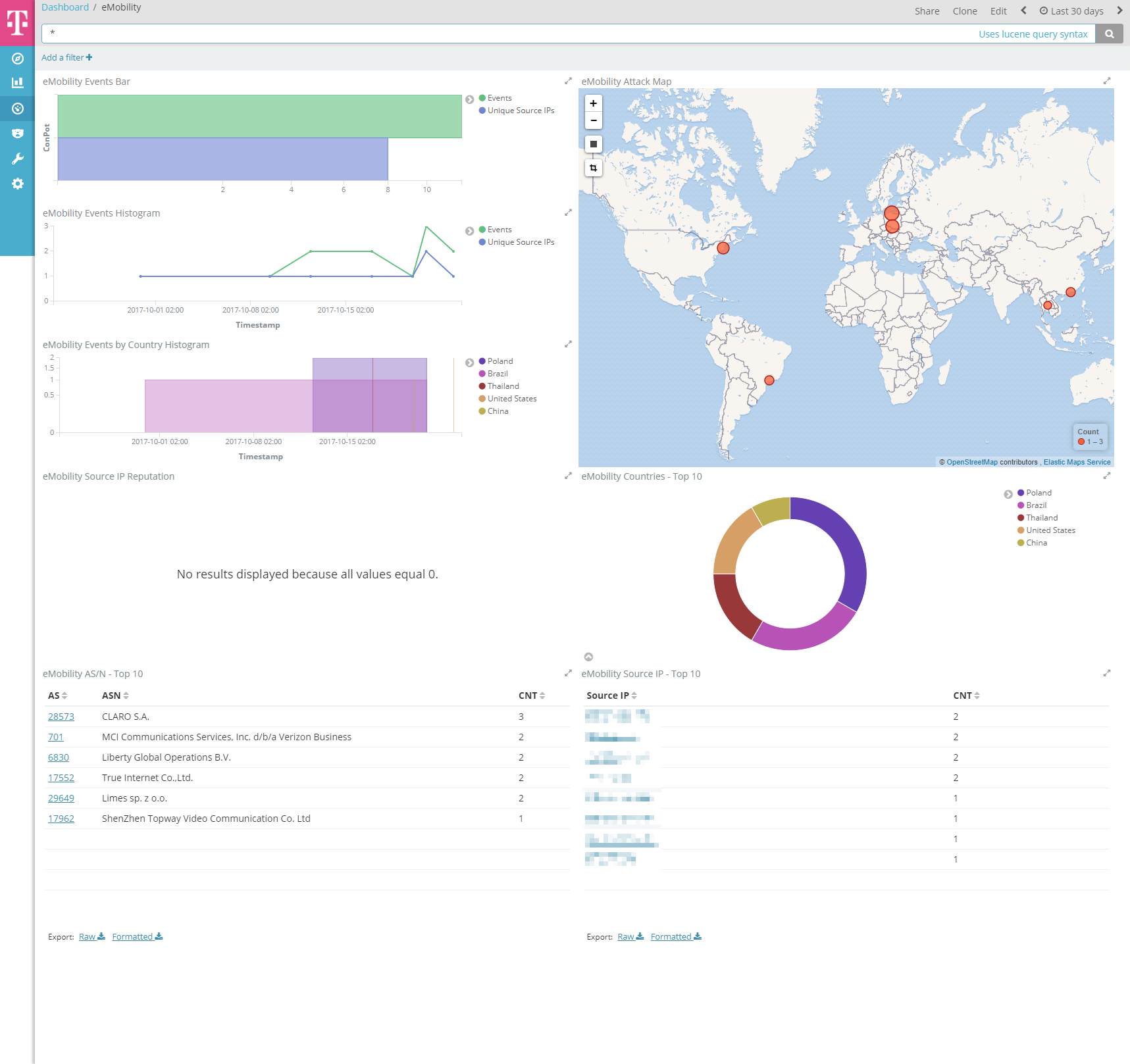 Dockerized eMobility for use in T-Pot