uBITX firmware, written for the Raduino/Arduino control of uBITX transceivers

Modified for a 20x4 screen with band readout etc. by VK3DAN. This version is no longer suitable for 16x2 screens such as those provided in the uBITX kit. Don't forget to edit ubitx_ui.ino to change the callsign variable to your own callsign.

This version also incorporates the cw sidetone fix, cat system and various fixes written by @phdlee who has done a huge amount of work on the ubitx raduino code

more info about the uBITX at http://www.hfsignals.com 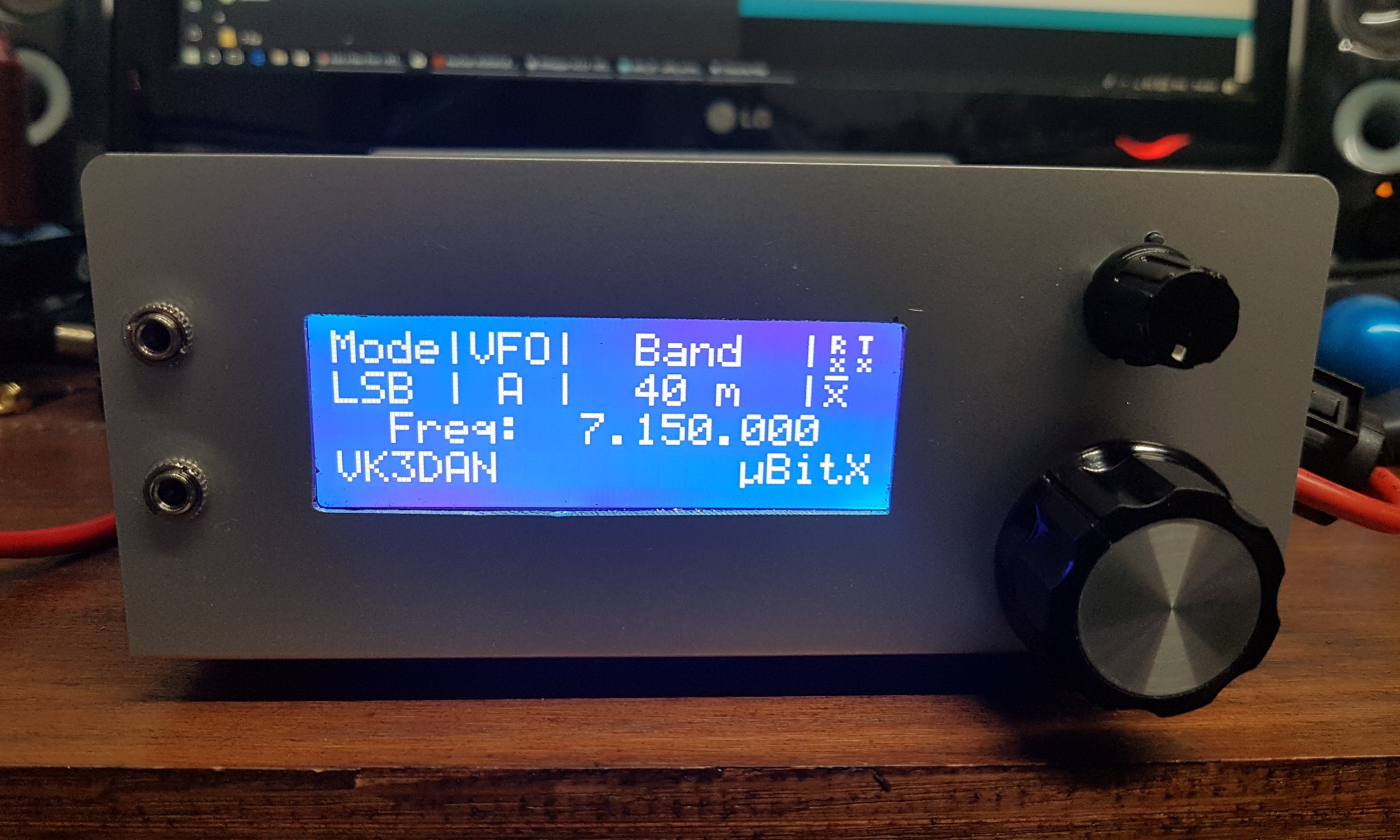