Note: Although icmptunnel has been successfully tested on Ubuntu 14.04 LTS, it should work on others as well.

Edit client.sh and replace <server> with the IP address of the proxy server. <gateway> with gateway address obtained above and similarly for <interface>.

The tunnel should run and your client machine should be able to access the internet. All traffic will be tunneled through ICMP.

icmptunnel works by creating a virtual tunnel interface(say tun0). All the user traffic on the client host is routed to tun0. icmptunnel listens on this interface for IP packets. These packets are encapsulated in an ICMP echo packet(i.e. the payload of the ICMP packet is nothing but the original IP packet). This newly generated ICMP packet is sent outside the client machine, to the proxy server, through the restricted internet connection.

On the client side, the IP packet is retrieved from the payload of the ICMP reply packet and injected in tun0. The user applications read from this virtual interface and hence get the proper IP packet.

Both the client and proxy server are connected to wlan0(a WiFi hotspot). This hotspot is configured not to provide any internet connection.

tun0 will be created in both the client and the proxy server.

The client will make an HTTP request to dhavalkapil.com.

Wireshark is used to capture network traffic at both ends on various interface. 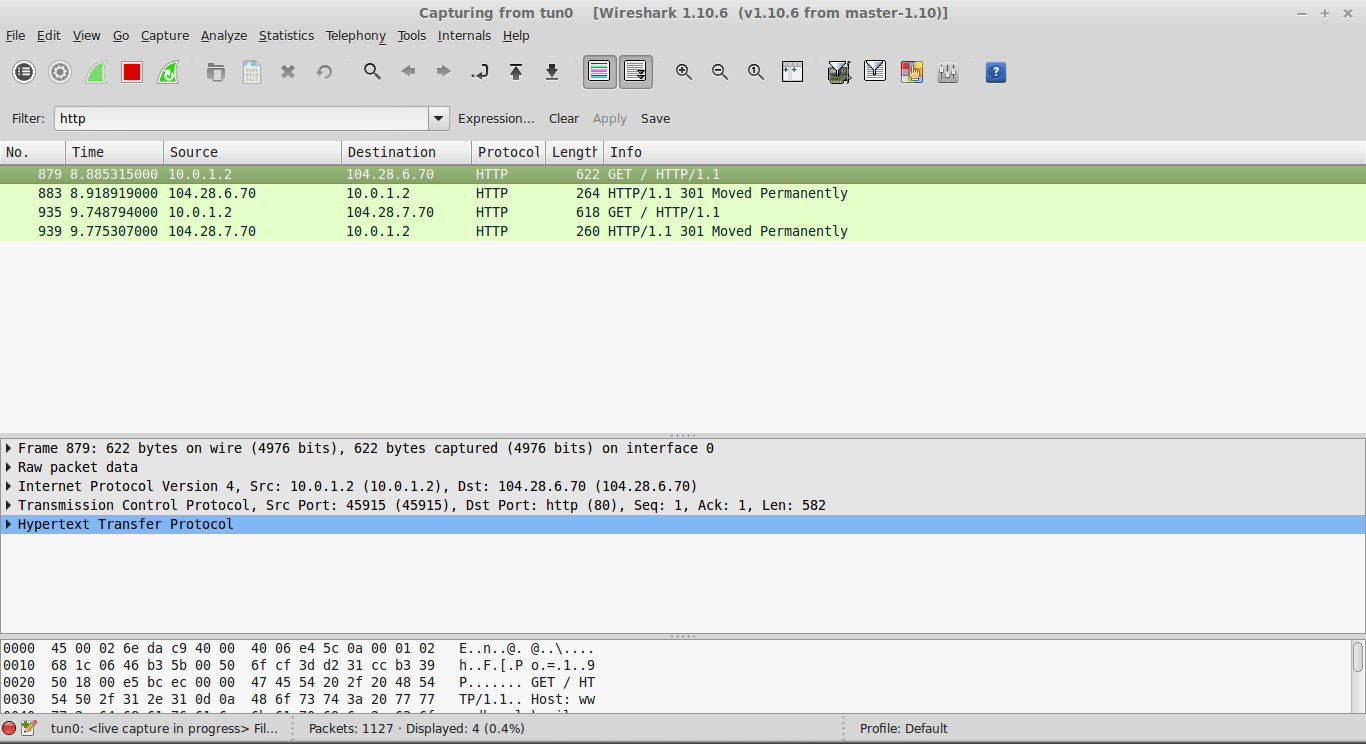 The usual HTTP request is visible along with response. 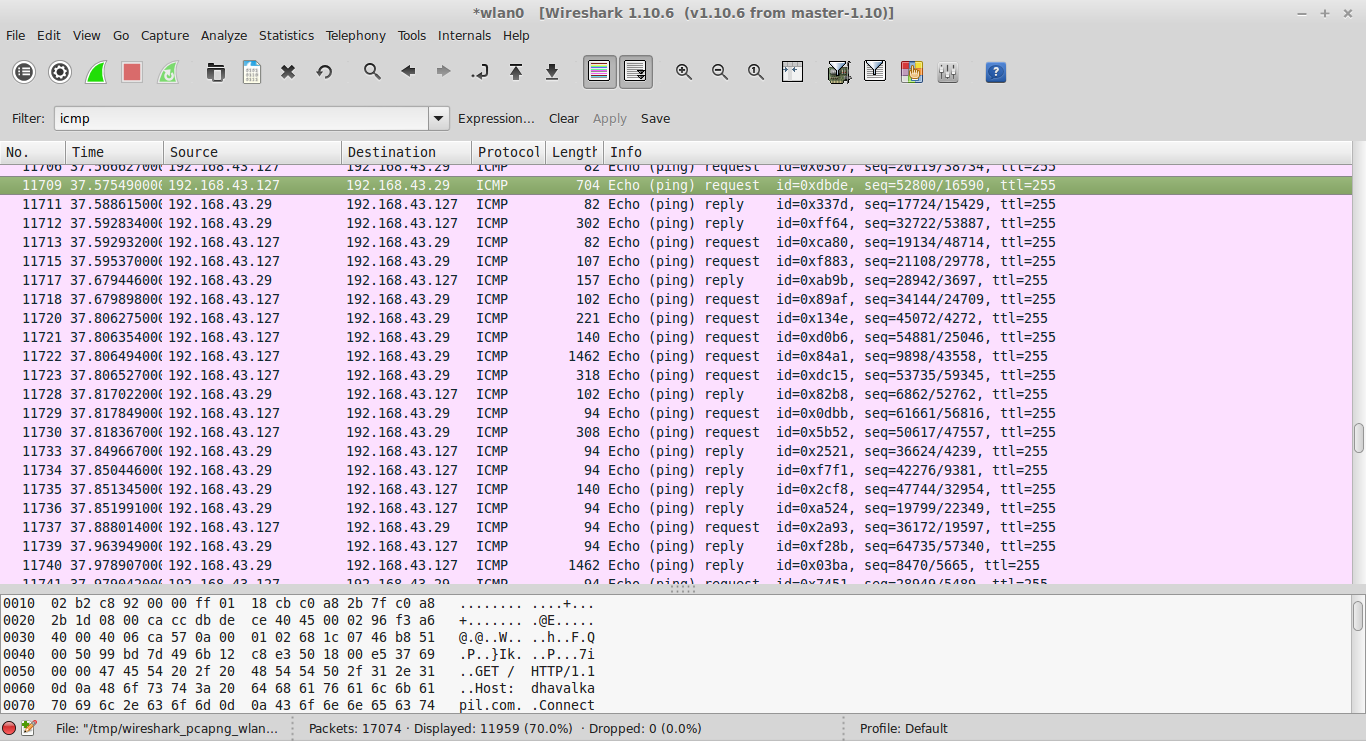 All traffic is ICMP. The HTTP/IP packet can be seen as part of the payload of the ICMP packet. 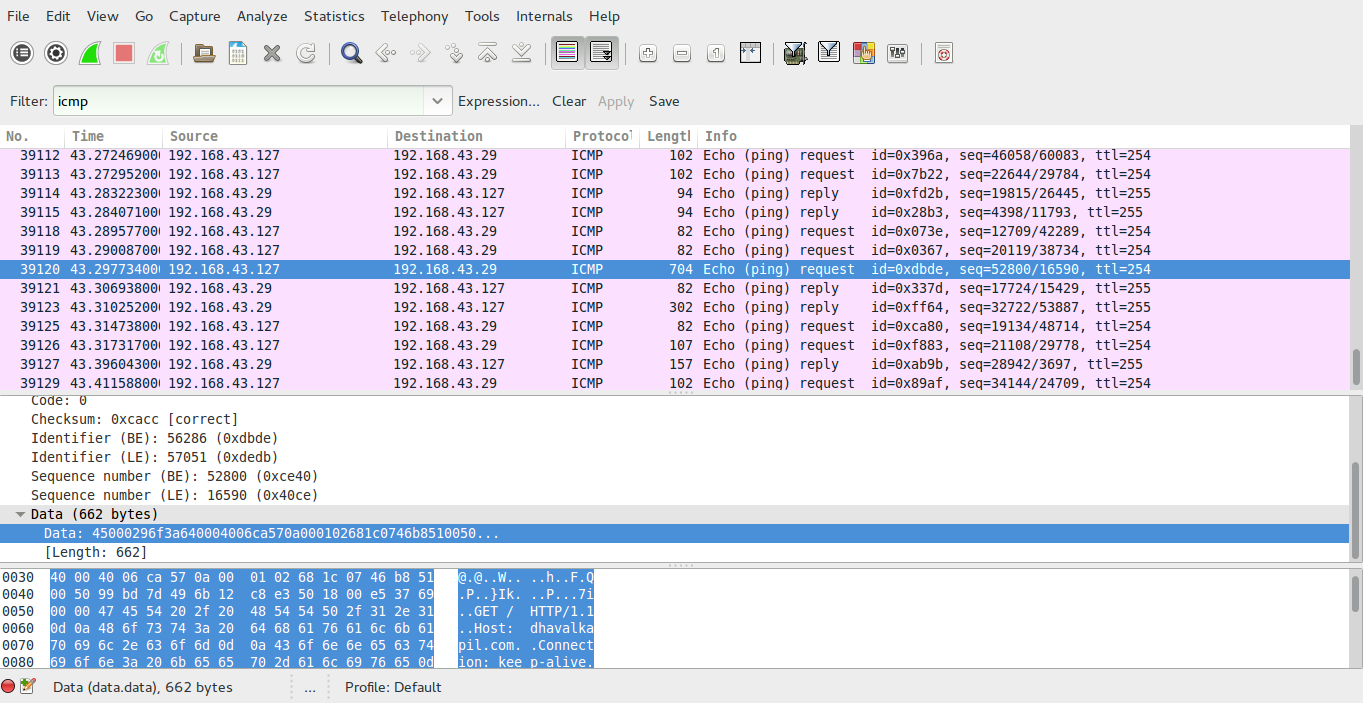 The ICMP packets sent by the client can be seen. 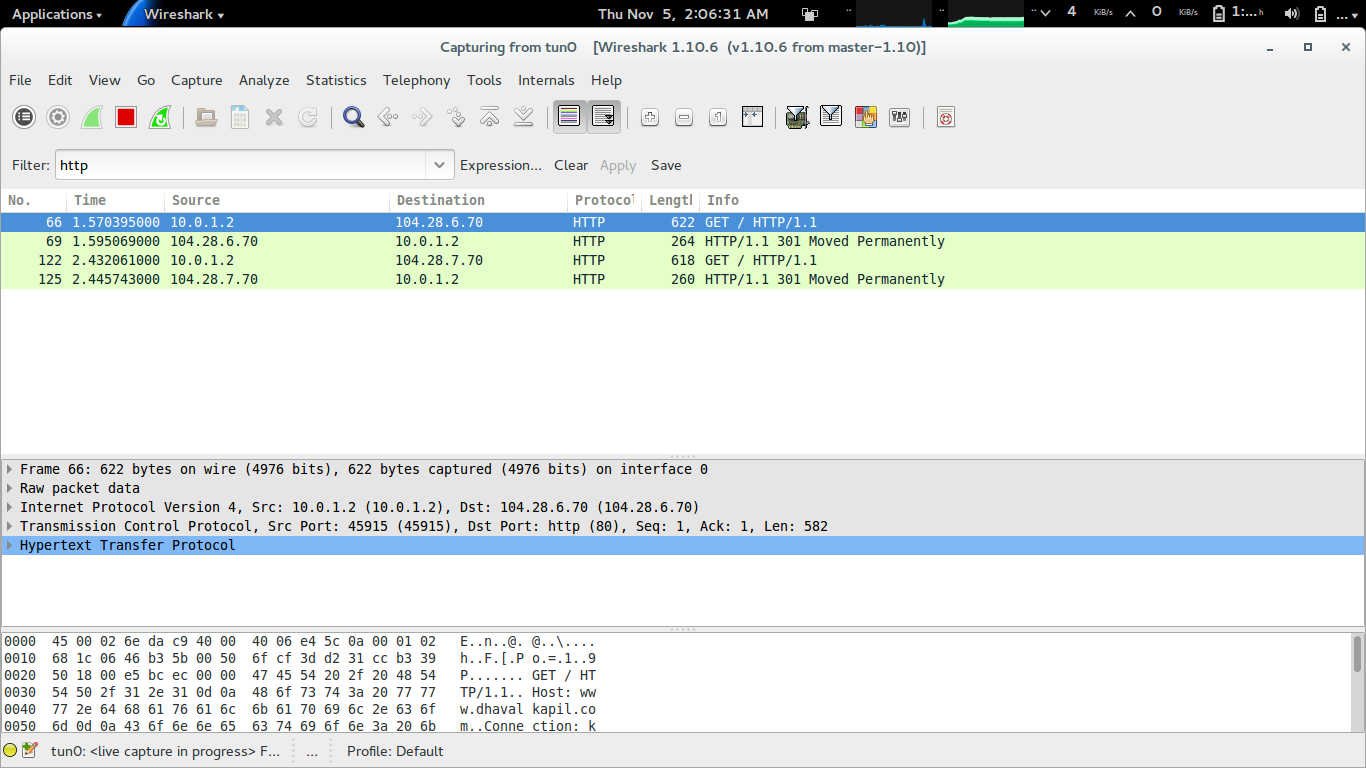 The HTTP/IP packets are decapsulated and sent through tun0. 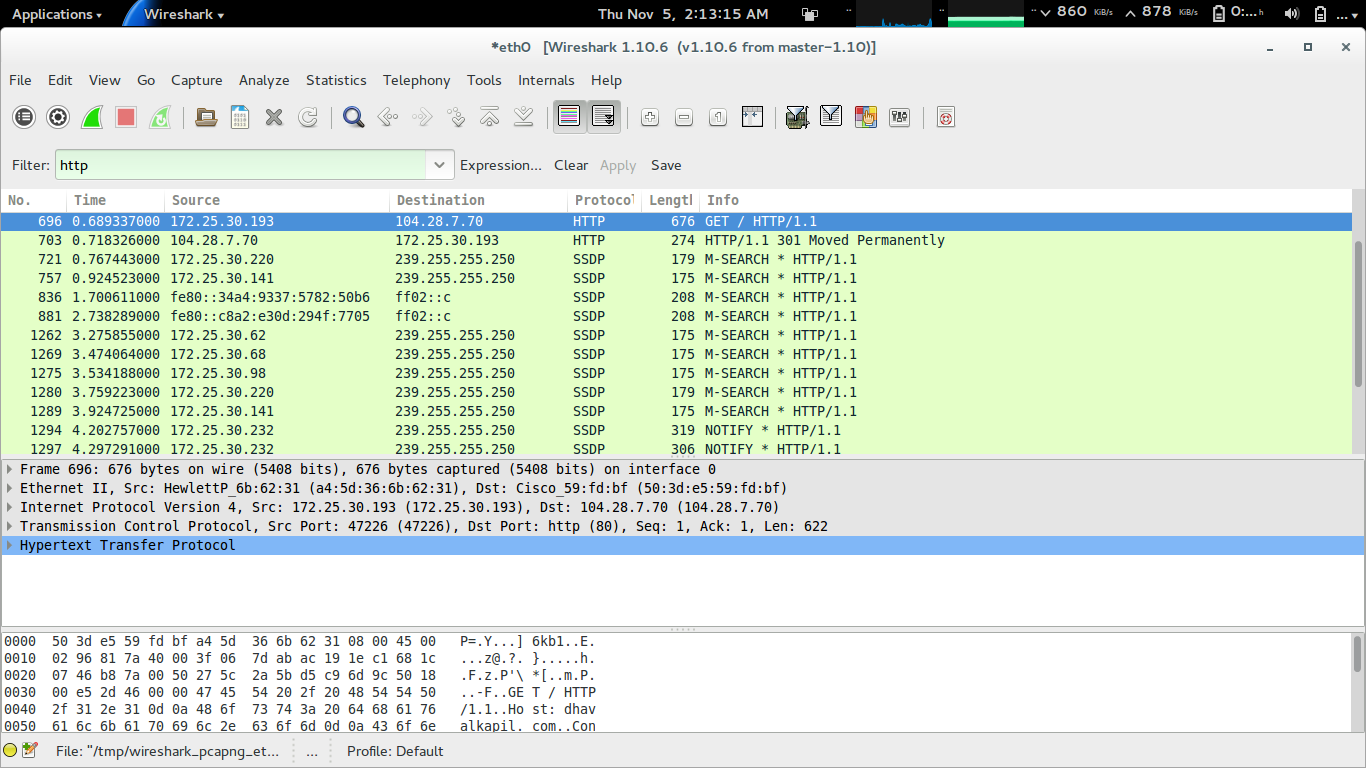 The HTTP/IP packets are forwarded to the internet. Notice how the source IP has been masqueraded because of nat.