Lightweight Visual Tracking (LVT) is a real-time feature-based visual odometry system, supporting both Stereo and RGB-D sensors. The system is described in the following paper:

A video demonstrating the system: 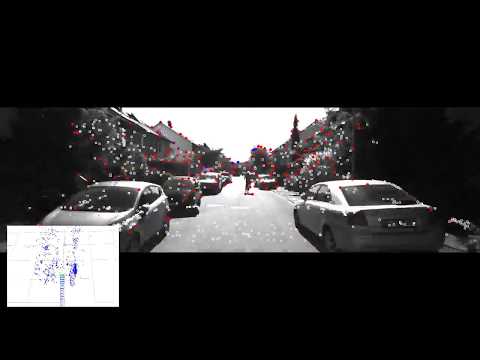 LVT uses CMake build system. It was built successfully on Linux Ubuntu 16.04 and Windows 10 using MSVC 2017. The build dependencies are:

Building then proceeds like any typical CMake-based project using the provided top-level CMakeLists file, which will generate lvt as a static library, lvt_c which is a C-interface for lvt as a shared library, and the executable example projects in their source directories.

LVT optionally supports the Robot Operating System (ROS) and can build a node compatible with it. It was tested and working successfully with ROS Kinetic Kame. The subdirectory lvt is actually a compatible ROS package which can be copied into your workspace and built directly using catkin.