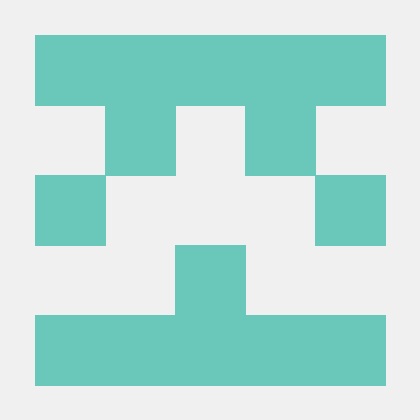 I am a researcher and software engineer with strong experience in modeling and runtime adaptation of distributed systems. Most of my work was on projects to enhance the Quality of Service (QoS) of systems in dynamic environments, such Cloud and Smart Spaces (IoT). During my Ph.D. Thesis, I carried out research to improve the performance and reduce the resource consumption of cloud-native applications through the smartly placing application components in the cluster. To achieve it, I designed and implemented a controller to observe the application behavior and move application components across the cluster according to their runtime behavior. In the experiments I could reach up to 60% of performance improvement. Currently, I am researching at IBM Software Lab. (CAS - Center for Advanced Studies, Canada). In this new project, I aim to enhance the IBM Cloud infrastructure to perform self-tuning on Cloud-Native Applications. The expected outcome of this project is the optimization of cloud applications at runtime based on the analysis of their incoming workloads.

University of British Columbia, Canada — Postdoc Fellow
NOVEMBER 2019 - CURRENT
I am a researcher settled at IBM's Center for Advanced Studies (Markham-Ca) working on self-tuning cloud-native applications. My research aims to enhance the IBM Cloud infrastructure to perform self-tuning on Cloud-Native Applications to automatically extract the max performance of the applications based on analysis of their behaviour and resource utilization.

Federal University of Goiás, Brazil — Postdoc Fellow
MARCH 2019 - NOVEMBER 2019
I was a researcher at the Interscity project working on a domain-specific modeling language to control smart devices without low-level programming in the domain of Smart Cities. A Middleware interprets this language, abstracting the low-level details of devices for the domain specialist, which only deal with high-level concepts of the Smart Cities domain.

University of British Columbia, Canada — Researcher
MARCH 2017 - DECEMBER 2017
In partnership with IBM-Canada, I built up a model to provide a unified view of microservices and clusters, abstracting the technologies involved in DevOps activities and providing a uniform management API, agnostic of technology steer the evolution of the microservices-based application.

Moriá Institute of Education and Technology Development, Brazil - Soft. Engineer and Researcher
JANUARY 2012 - SEPTEMBER 2013
I was one of the software engineers responsible for developing a minimal viable product of a dentistry aid-software for help on composite resin teeth restoration. The tool was a decision support software to increase the predictability of teeth restorations through pattern matching of dental images, to reduce the duration of the sessions of the patient in the dentist's chair, optimize clinical time and reduce the dentist costs.

Federal University of Goiás, Brazil — Researcher
MARCH 2010 - MARCH 2014 I proposed a hierarchical architecture to control Microgrids - a localized group of electricity sources and loads that normally operates connected to and synchronous with the traditional power grid, but can also disconnect and function autonomously as physical or economic conditions dictate - by using model-driven managers. The managers allow the execution of graphical models, transforming them into low-level code, to manage resources in a plant. As the primary outcome, the management architecture facilitates the development of applications for the Microgrids domain.

Project: HP Technology for Teaching: Using Tablet PCs and Problem based Learning to Teach Algorithms and Programming
2009 - 2010
Grant by HP to develop a self-adaptive middleware to support the development of applications to smart spaces.

73 contributions in the last year

adalrsjr1 has no activity yet for this period.