Sign up
Borderlands 2 PythonSDK
Find file
This branch is 136 commits ahead of RobethX:master.
#66 Compare

Begin by downloading the latest version of PythonSDK.zip here.

For PythonSDK to be able to interact with the game, you must add a few things to the game's Win32 folder. If you already have PluginLoader installed, you'll need to overwrite some files.

PythonSDK does not yet work natively on Linux, but it seems to work well under SteamPlay/Proton and Wine. To load properly, though, Wine needs to be told to allow ddraw.dll overrides. Additionally, the latest SDK release (as of February 29, 2020) wants the main executable name to be Borderlands2.exe, so the common workaround of a Launcher.exe symlink/copy won't do the trick. Instead, set the game's launch options (via Properties -> General) to:

Note that using WINEDLLOVERRIDES for ddraw isn't supported by the Wine developers, so if you experience problems with the game while using this method, please don't ask the WineHQ team for assistance.

Mods live in the Borderlands 2\Binaries\Win32\Mods folder. Each mod should be place in it's own subfolder, and contain an __init__.py. Example: Win32\Mods\SkillRandomizer\__init__.py

On the main menu, Downloadable Content is replace with Mods 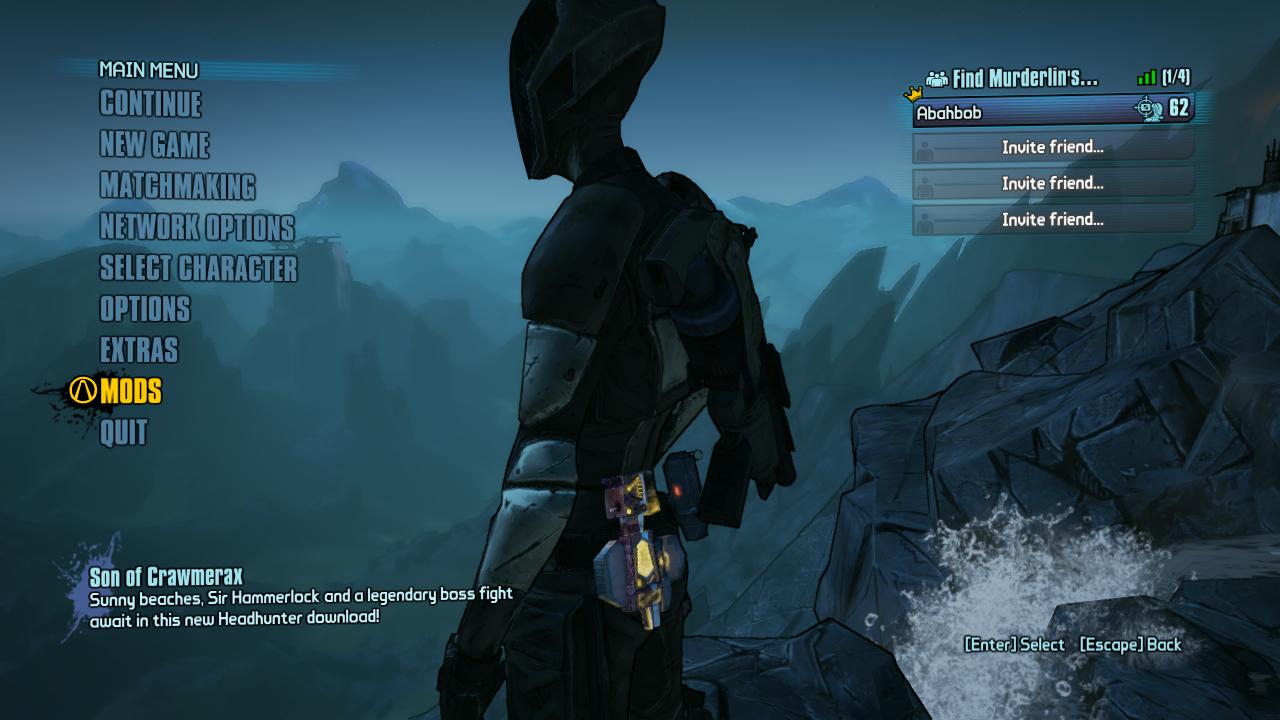 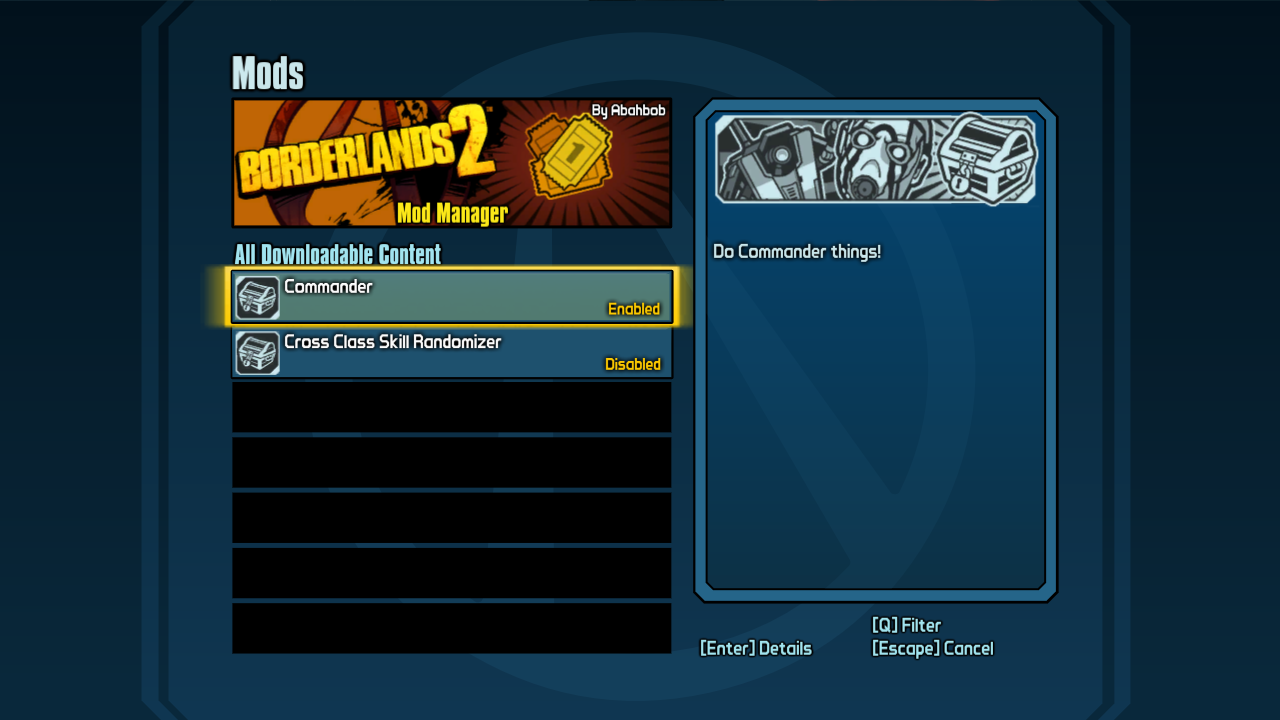