NOTICE: If you downloaded this version before Dec 15, 2021 and are affected by issue #706, please re-download. This fix was not present in the initial binary and has since been corrected.

Truth be told, I did not want to release this version right now. I am working on the successor project rt, which was supposed to be the last version before the rt release. However, notable changes in the Node ecosystem warrant a new version now.

In September 2021, Node.js v16.9.0 introduced corepack. This experimental new feature allows transparent use of npm, pnpm, or yarn. To support this feature, NVM4W must download and process a different distribution file than it has used previously.

As a result, NVM for Windows 1.1.8 is being released to support corepack.

All files can be found on the release page.

If you do not have NVM for Windows installed
Use the instructions in the README.

If you already have an older version of NVM for Windows installed
Download nvm-update.zip and extract it. You will find a file called nvm-update.exe. Double click to run it. This will prompt for the version you wish to upgrade to (pre-populated w/ 1.1.8).

nvm-update.exe can also be run from the command line using the /S flag to suppress the prompt. To do this, run nvm-update.exe 1.1.8 /S.

Several long-requested features/fixes have been merged since v1.1.7. I did not get to test all of them as extensively as I wanted to, but I believe they are stable. These features include:

Numerous edge case fixes have been applied as well.

A number of documentation updates have also been merged.

What didn't make it in?

Version 1.1.8 is not code signed. Code-signed applications are trusted by Windows and will install easily. Users are prompted with a screen like this one: 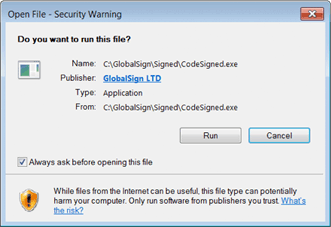 Non-code-signed applications can usually be installed, but they will throw a warning like this: Who will this affect?

This won't affect most users, but enterprise users and those distributing NVM4W in corporate environments may run into problems.

If your organization is impacted by this, I will accept sponsorship money to expedite the delivery of a code-signed version. The required EV certificate is about $1000. Please direct message me on Twitter @goldglovecb if you'd like to help cover this cost.

EEJesse, Himself65, and 7 other contributors
174 people reacted
28 Join discussion

Several documentation PR's were included in the repo as well.

The build process has been updated to provide:

A hotfix to support the newer node version categorization logic.

This is a patch update, fixing some mirroring issues, courtesy of PR #251. A nice new benefit is rollback support when a download fails.

This version fixes an issue with the nvm ls available feature, which was not showing current versions properly.

It is now possible to add an --insecure flag to installations if you need to bypass the SSL validation check performed against the remote server. This is an insecure process where mitm attacks can occur, so it is not enabled by default. This should only be used with trusted download sources.