A modern implementation of the Quake engine in Rust. 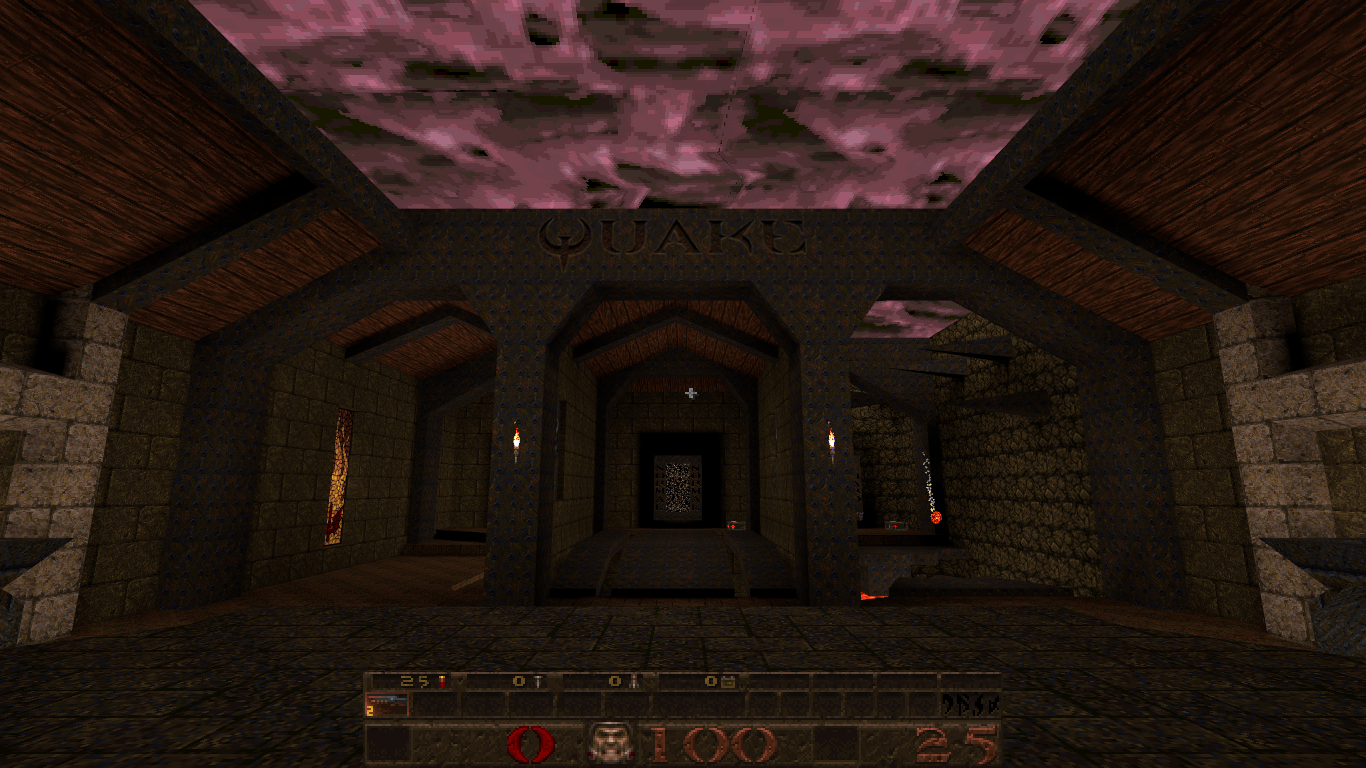 Richter is in pre-alpha development, so it's still under heavy construction. However, the client is nearly alpha-ready -- check out the Client section below to see progress.

The client is capable of connecting to and playing on original Quake servers using sv_protocol 15. To connect to a Quake server, run

Quake servers run on port 26000 by default. I can guarantee compatibility with FitzQuake and its derived engines, as I use the QuakeSpasm server for development (just remember sv_protocol 15).

This works for demos in the PAK archives (e.g. demo1.dem) or any demos you happen to have placed in the id1 directory.

The Richter server is still in its early stages, so there's no checklist here yet. However, you can still check out the QuakeC bytecode VM in the progs module.

Richter makes use of feature gates and compiler plugins, which means you'll need a nightly build of rustc. The simplest way to do this is to download rustup and follow the directions.

Because a Quake distribution contains multiple binaries, this software is packaged as a Cargo library project. The source files for binaries are located in the src/bin directory and can be run with

where <name> is the name of the source file without the .rs extension.

This software is released under the terms of the MIT License (see LICENSE.txt).

This project is in no way affiliated with id Software LLC, Bethesda Softworks LLC, or ZeniMax Media Inc. Information regarding the Quake trademark can be found at Bethesda's legal information page.

Due to licensing restrictions, the data files necessary to run Quake cannot be distributed with this package. pak0.pak, which contains the files for the first episode ("shareware Quake"), can be retrieved from id's FTP server at ftp://ftp.idsoftware.com/idstuff/quake. The full game can be purchased from a number of retailers including Steam and GOG.