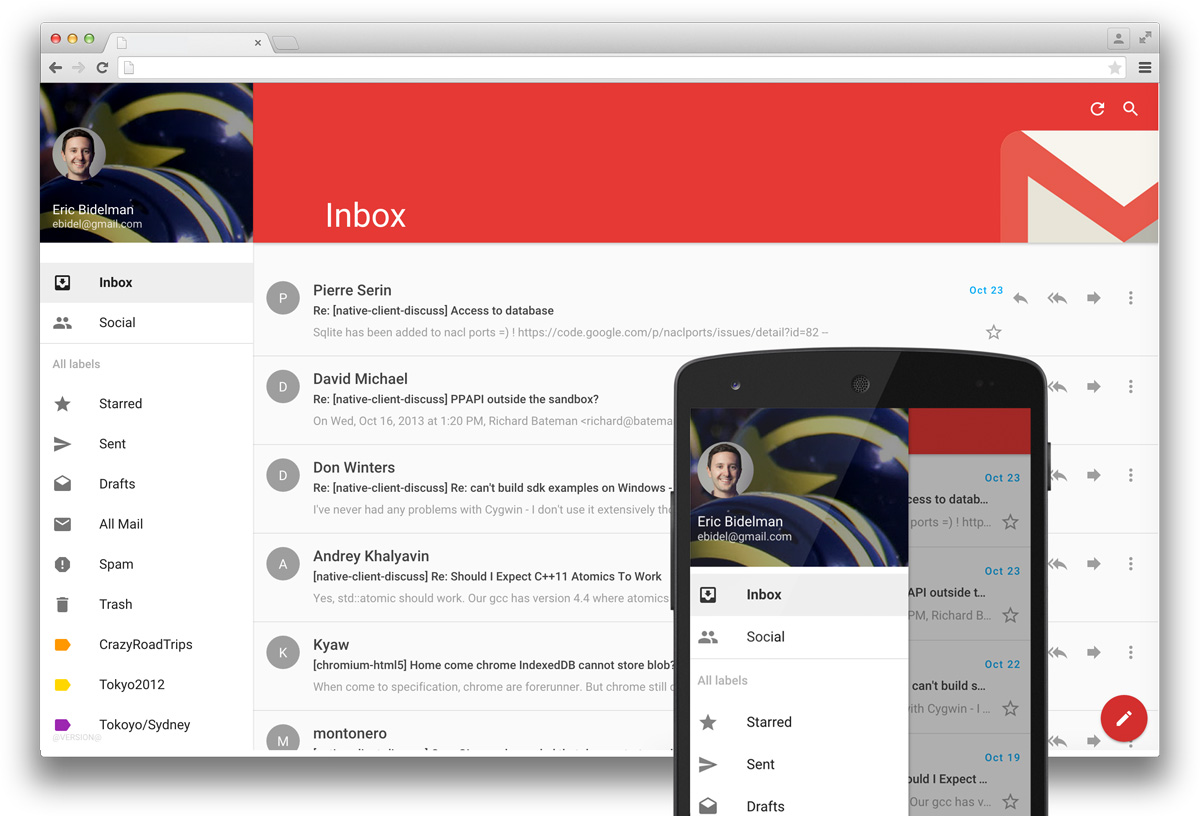 Note: the app is read only despite what the permissions popup says. Also, most of the buttons don't do anything. There's a lot of missing functionality.

In your local checkout, install the deps and Polymer elements

This will also run bower install for you.

This produces a single built and concatenated dist/scripts/bundle.js and compiles the rest of the app into dist/. You're ready to run the app!

Use any webserver you'd like. I use npm serve:

You must run from /dist

serve -p 8080 serves the root folder, but the app runs the production version from dist/. So be sure to first run gulp, then hit http://localhost:8080/dist/.

For easier development, there's a task for rebuilding the vulcanized elements.html bundle and compiling the ES6 as you make changes:

Hitting http://localhost:8080?debug will bypass Google Sign-in and use mock data for threads. Under this testing mode, you will no see custom labels in the left nav or user profile images show up on threads.