jdalton released this · 1878 commits to master since this release

The year was also one of collaboration, as discussions began on merging Lodash & Underscore. Much of Lodash v4 is proofing out the ideas from those discussions. Lodash v4 would not be possible without the collaboration & contributions of the Underscore core team. In the spirit of merging our teams have blended with several members contributing to both libraries.

Lodash’s kitchen-sink size will continue to grow as new methods & functionality are added. However, we now offer a 4 kB (gzipped) core build that’s compatible with Backbone v1.2.4 for folks who want Lodash without lugging around the kitchen sink.

In addition, we’ve published an es-build & pulled babel-plugin-lodash into core to make tree-shaking a breeze.

What category path does the bindAll method belong to? Is it

Don’t know? Well, with v4 it doesn’t matter because now module paths are as simple as

With v3 we introduced lodash-fp. We learned a lot & with v4 we decided to pull it into core.

Well actually, while we’re excited about Chakra, Lodash is optimized for great performance across all engines. Unlike many libraries, we don’t favor a single engine so we can deliver solid performance & support regardless of engine.

With v4 we’ve continued our commitment to performance; expanding support for lazy evaluation & improving the performance of core functionality like circular reference detection. 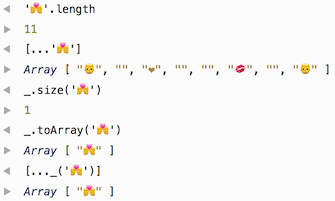 We’ve introduced more breaking changes in this release than any other so be sure to check out the changelog for a full rundown of changes & give lodash-migrate a spin to help migrate older Lodash code to the latest release.

If you dig Lodash don’t forget to star the repo or npm star lodash!