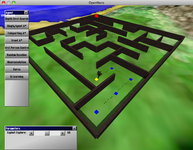 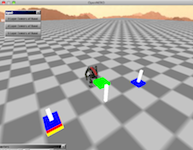 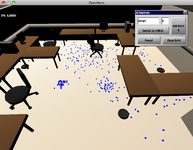 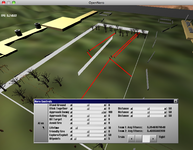 OpenNERO is an open source software platform designed for research and education in Artificial Intelligence. The project is based on the Neuro-Evolving Robotic Operatives (NERO) game developed by graduate and undergraduate students at the Neural Networks Research Group and Department of Computer Science at the University of Texas at Austin.

In particular, OpenNERO has been used to implement several demos and exercises for Russell and Norvig's textbook Artificial Intelligence: A Modern Approach. These demos and exercises illustrate AI methods such as brute-force search, heuristic search, scripting, reinforcement learning, and evolutionary computation, and AI problems such as maze running, vacuuming, and robotic battle. The methods and problems are implemented in several different environments (or "mods"), as described below.

More environments, problems, and methods, as well as demos and exercises illustrating them, will be added in the future. The current ones are intended to serve as a starting point on which new ones can be built, by us, but also by the community at large. If you have questions or would like to contribute, check out the OpenNERO Google Group.

NOTE: as with any active project, OpenNERO is a work in progress and many updates are frequently being made. If you have trouble with OpenNERO, check the discussion group and then consider submitting an issue. And of course, if you would like to contribute, let us know!