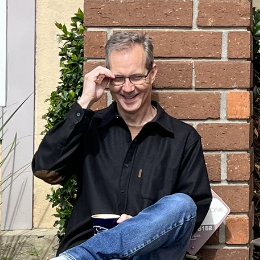 I'm a software developer living in Huntington Beach, CA. I worked for about 20 years with IBM's Software Group consulting on development and configuration of Java application servers and web service proxies. Since 2016 I've been working for the Information Systems Advisory Board (ISAB) of Los Angeles County.

One could say I'm a full stack developer. But when referring to myself, I don't mean it in the presumptuous sense that I'm an expert in everything. It just means I can't find anyone else onto whom I can confidently dump any part of the stack. I think of myself as stuck under a full stack rather than hovering above a stack with a magic wand.

One of the challenges of the stack is that the different parts evolve at different speeds. These days, my stack is composed of

28 contributions in the last year