ClipboardZanager is a modern, quick and smart clipboard manager for Windows 10. It creates a historic of what you copy and let you paste the data at any time on any device.

ClipboardZanager is a clipboard manager for Windows 10 initiated by Etienne BAUDOUX in 2010. It is designed to keep a history of what the user copies in Windows and let him or her reuse it later. Since August 28th, 2017, ClipboardZanager is open source and is developed with the help of contributors. 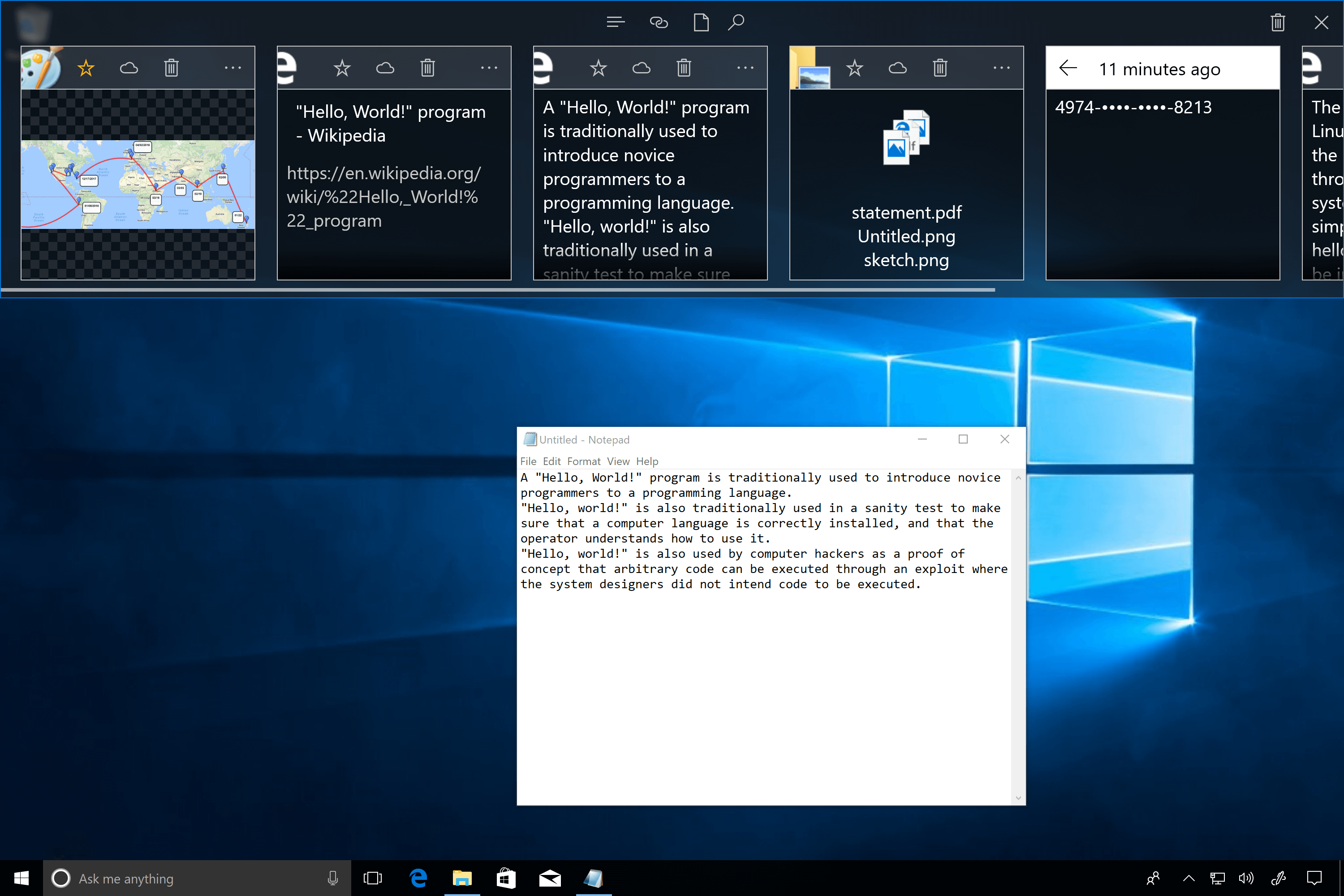 Well, I need to start the project at least.

The application version use the following pattern :

Each time that the Windows Desktop app is built (with Visual Studio), the desktop and Android version number are updated. The Android app is not built by Visual Studio. The version number is updated but the project still need to be built from Android Studio.

The user's data is encrypted with a private key. This key is generated thanks to the private OneDrive appkey, DropBox appkey, and assembly version number (that changes at each build).

Before building the project, you will need a OneDrive appkey and DropBox appkey to be able to generate correctly the private keys used by ClipboardZanager to encrypt data. You will need to :

Once done, you will have to rename the passwords-sample.txt file to passwords.txt and complete it with the appkey and redirection URI provided by OneDrive and DropBox.

In general, the security process can be improved and simplified.

Once done, open the solution in Visual Studio. Set DesktopBridgeDebuggingProject as the StartUp Project and Rebuild the Solution. The private keys will be updated in the Windows Desktop project and Android project at the following locations :

Those two files and passwords.txt are git ignored. You can then open Android Studio and build the smartphone app.

Run the project on Windows

There is two ways to debug :

On Windows, when we run all the unit tests, PasteBarWindowViewModel_Search fails, but success when we run it independently. It will be fix soon.

Feel free to contribute to this project in any way : adding feature, opening issues, translating.

ClipboardZanager is a modern, quick and smart clipboard manager for Windows 10. It creates a historic of what you copy and let you paste the data at any time on any device.