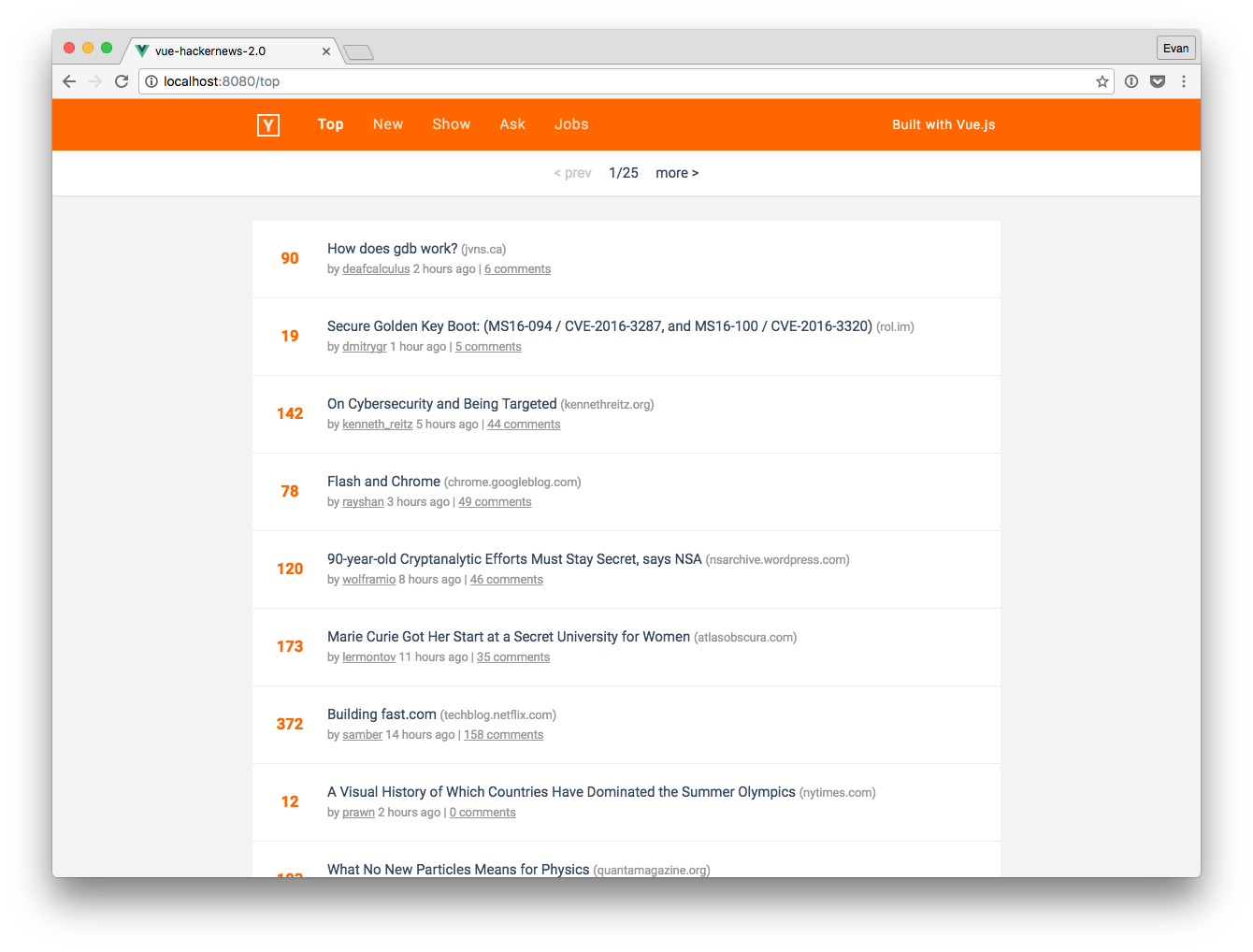 Note: in practice, it is unnecessary to code-split for an app of this size (where each async chunk is only a few kilobytes), nor is it optimal to extract an extra CSS file (which is only 1kb) -- they are used simply because this is a demo app showcasing all the supported features.

A Note on Performance

This is a demo primarily aimed at explaining how to build a server-side rendered Vue app, as a companion to our SSR documentation. There are a few things we probably won't do in production if we were optimizing for performance, for example:

It is therefore not recommended to use this app as a reference for Vue SSR performance - instead, do your own benchmarking, and make sure to measure and optimize based on your actual app constraints.

A detailed Vue SSR guide can be found here.