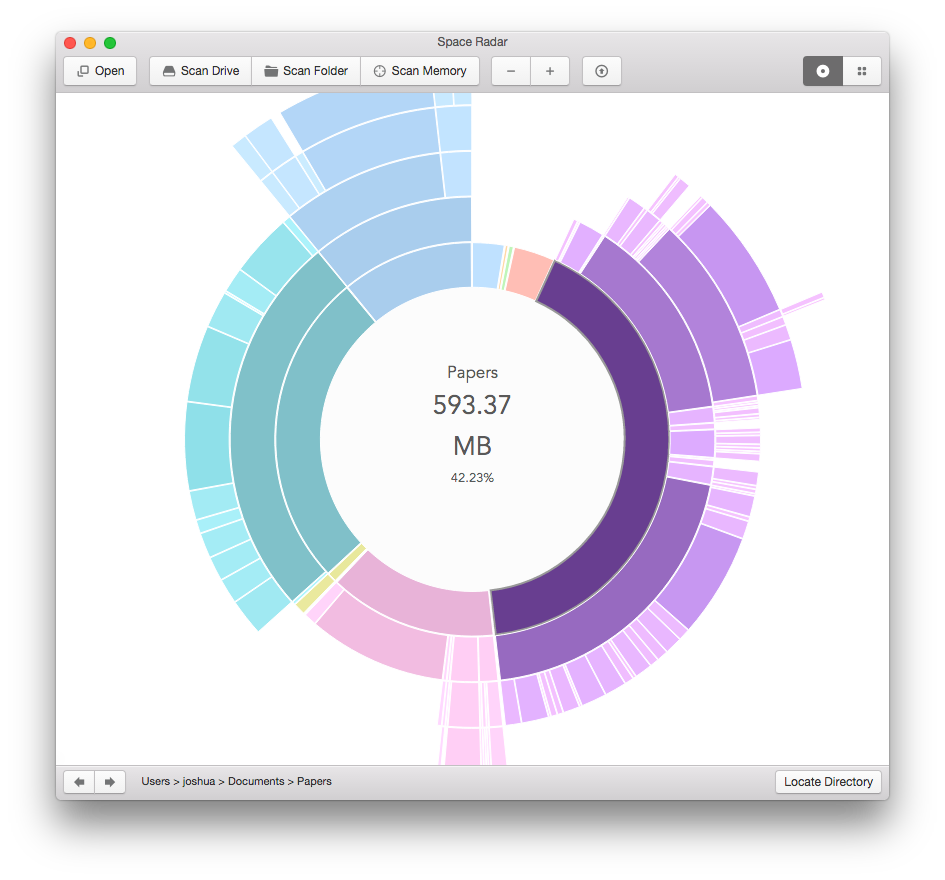 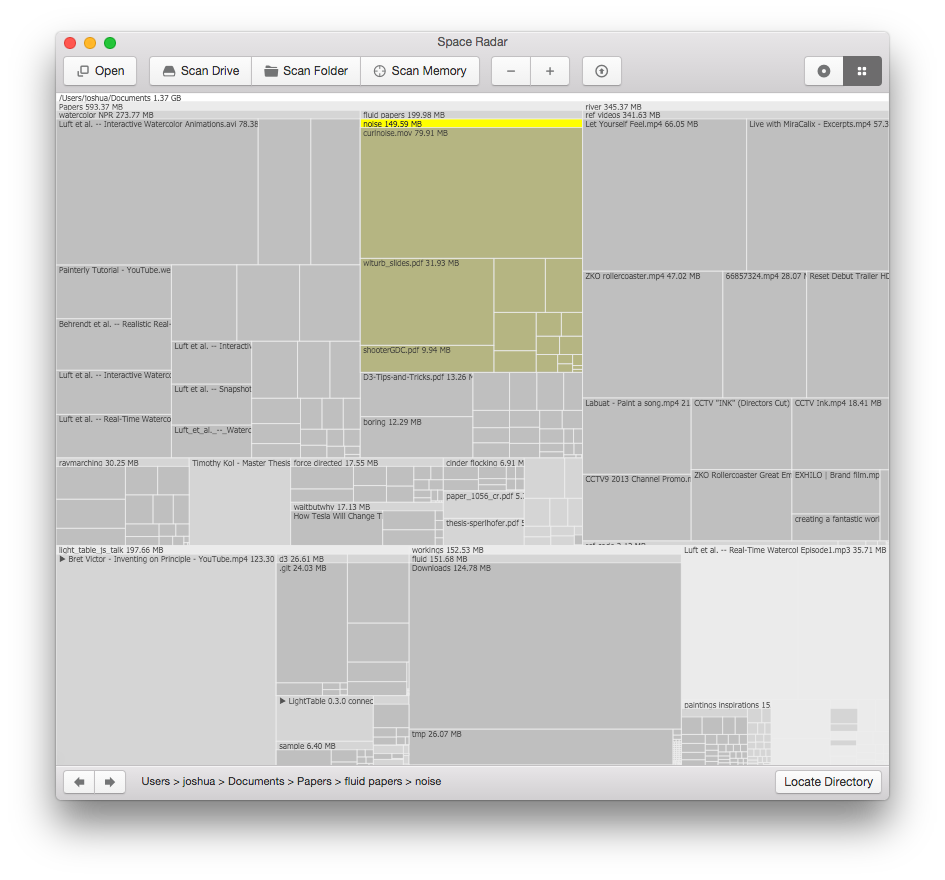 Reading from a file

To create a file to be read from use du -ak, for example:

Compressed files can be read directly. To detect them, the file name has to end with .gz.

This project started as quick prototype for me to test drive atom electron (& some es6 syntax), d3.js and for me to explore the question of "what's taking up my disk space". Turns out writing a disk visualization app isn't that simple as I dwell into figuring out how to make disk scanning not block the ui thread, ipc calls go faster, smoother rendering, lesser memory usage, more sensible interactions...

Check that dependencies are installed, otherwise run (this may take awhile for electron binaries)