4.0 Demo Branch is now the latest branch work in progress with a rewrite and reintegration of SSH.

You can follow the latest updates and work in the following branches: 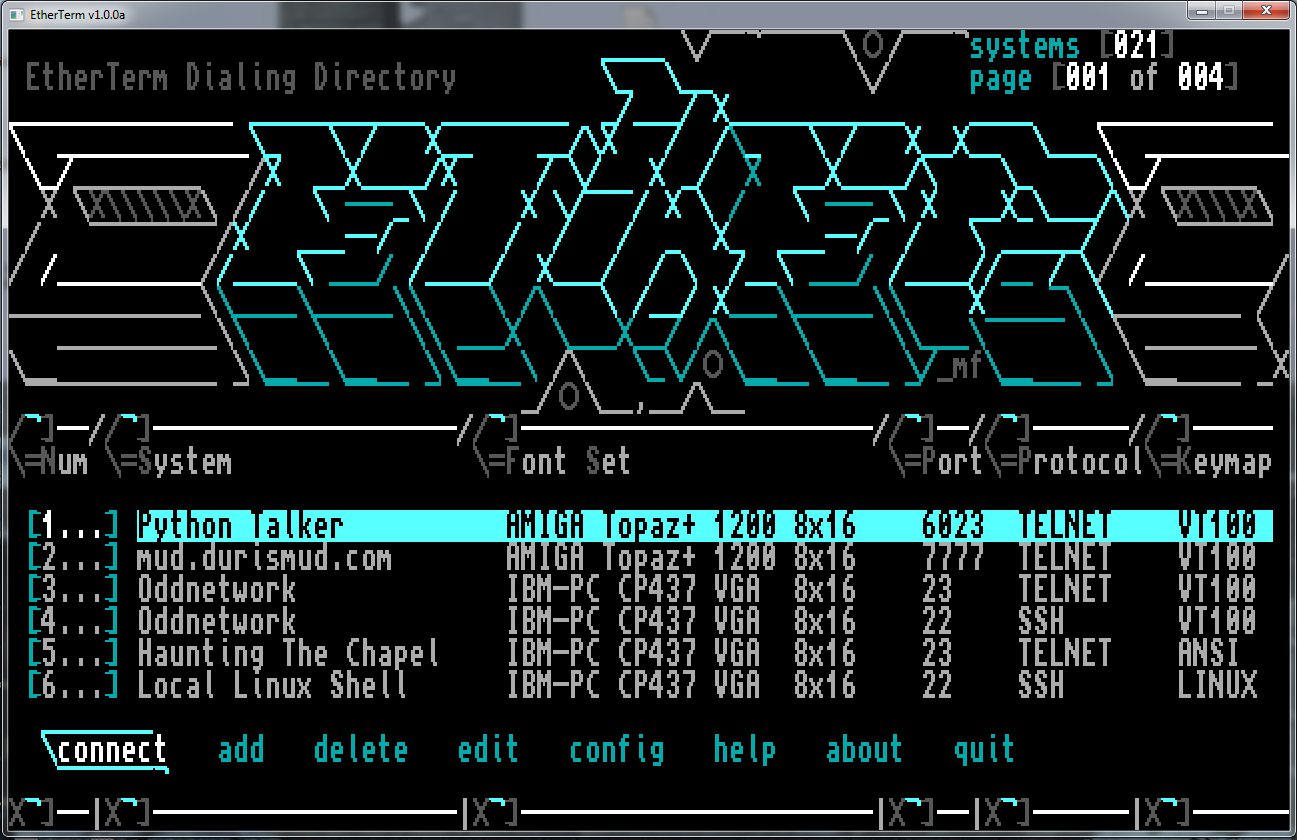 EtherTerm is a portable terminal emulator and telnet/ssh client for Windows Linux, BSD, Arm and OSX. It differs from standard terminal emulators such as xterm and PuTTY by providing a common telnet and ssh protocol across platforms, with particular focus on font sets appropriate for connecting to BBS servers using cp437, and Amiga art. UTF-8 Font glyphs are planned for the future.

EtherTerm is comparable to programs such as syncterm and netrunner. Notably: It is an SDL2 graphics program and makes use of full OpenGL/DirectX graphics acceleration. This is not a console application.

The removal of Boost libs will be replaced with standard C++11 functionally instead. The build and project files are currently in the process of being rewritten and separated in folders by environment/os.

The previous 3.0 Demo branch is a fork and rewrite of the internals for EtherTerm. This version differs a bit as asynchronous sockets were added along with the ability to open several connections in their own windows. Other telnet option fixes and updates to the terminal have also been added along with some pre-testing of file upload/downloads. Still very raw (Dialing Directory is still unfinished. This more of a POC (Proof of concept) rewrite to see what can be done differently. Also some rendering changes were made and are in testing such as recolor blocks using alpha channels for a slight speed up. Note the 3.x branch had some experimental stuff I was testing, right now I've had to roll back several commits and some things are disabled until I get time to fix and re-implement them. Mainly input fields for SSH Connections.

Please keep in mind this is Alpha Software and is very much a work in progress. 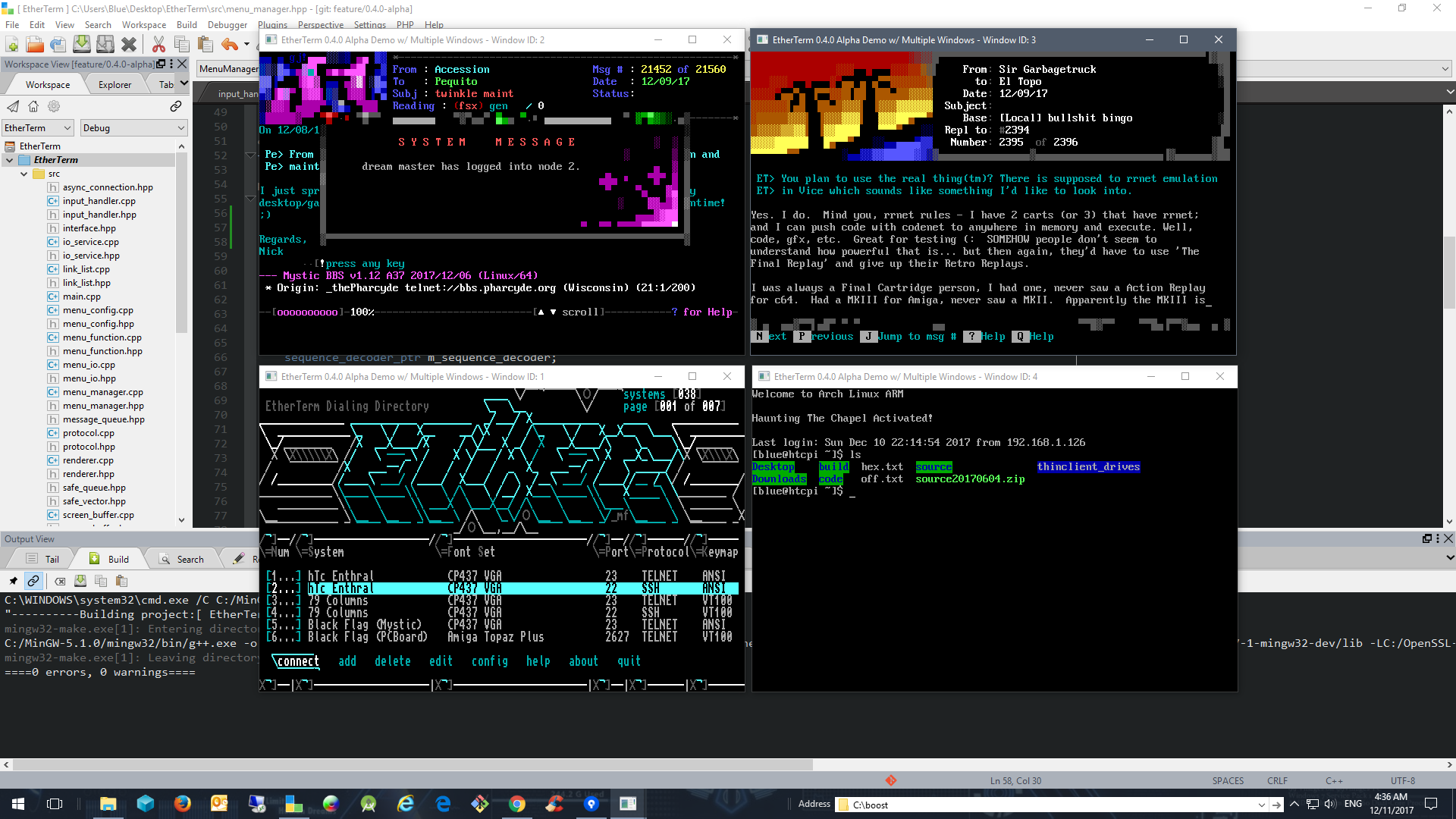 Currently, no auto-configure environment is provided, and build targets are limited to Windows, Linux, ARM, FreeBSD and OSX.

EtherTerm is Alpha software. Please report any issues or feature requests as a github issue. Pull requests and contributions are always welcome.

Each system can be setup with a default font. Any systems using Syncterm escape sequences for font switching will override the default font.

To add new systems or remove, you must edit the assets/dialdirectory.xml file.

For all other systems, you must build from the project folder.

Generally, the following libraries must be installed:

As well as a recent version of gnu/gcc providing g++, or clang. GCC/G++ version 5.x and above are required along with -std=c++11

NOTE: EtherTerm will seek an ./assets folder relative to the executable. In this way,
it is not (yet) a very "portable" executable. At this stage, a build folder has been created with quick scripts that will copy from the DEBUG folder to the build folder where the assets is now located by default.

EtherTerm is available under the zlib license : This software is provided 'as-is', without any express or implied warranty. In no event will the authors be held liable for any damages arising from the use of this software.

Permission is granted to anyone to use this software for any purpose, including commercial applications, and to alter it and redistribute it freely, subject to the following restrictions: