Costa's minimal surface is one of those amazing mathematical objects that look good when rendered with PovRay. While it is not too hard to find triangulations of Costa's surface suitable for the PovRay triangle element, triangulations with surface normals are not that easy to come by. But these are needed for the smooth_triangle element which makes Phong shading possible.

In the service of humanity, and especially my students who wanted to render the surface, I provide here the code to triangulate and compute the normals to Costa's minimal surface. The code is written in Mathematica, which is not freely accessible. Therefore, for convenience the repository also contains certain files generated by Mathematica:

How to use the files

To generate a picture using PovRay, proceed as follows:

The Mathematica function CostaCSV outputs a CSV file in a format that is suitable for generating a PovRay mesh2 object:

Their meaning is as follows: 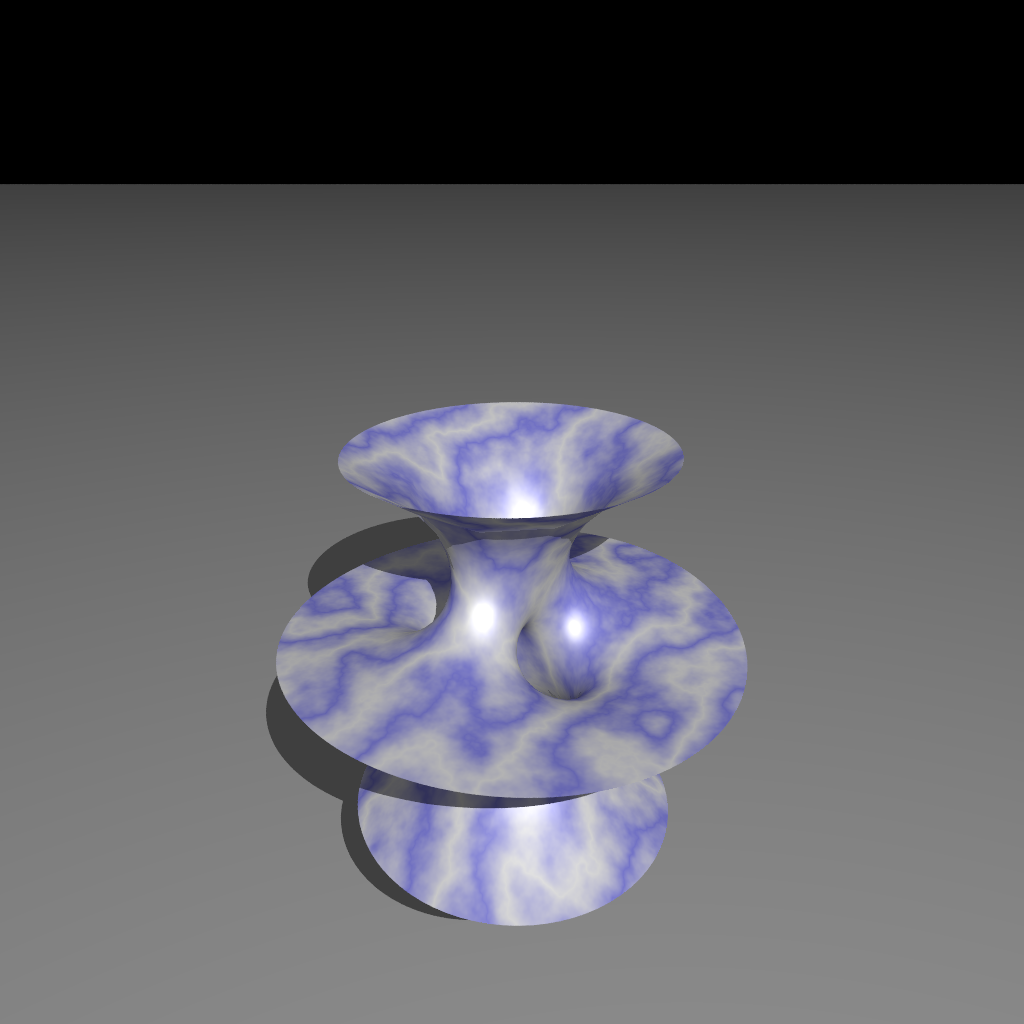