Drupal on Docker on a Raspberry Pi 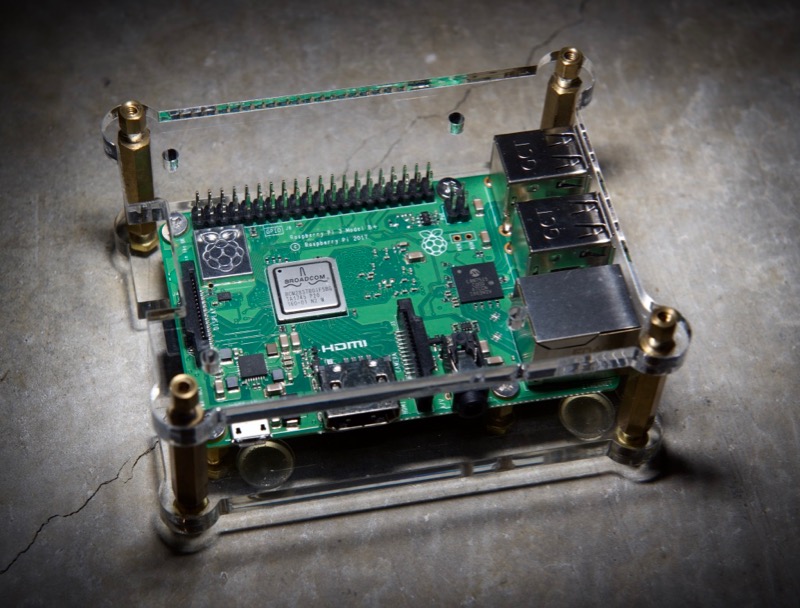 This project is an offshoot of the Rasbperry Pi Dramble project, which helps install Drupal on a cluster ('Bramble') of Raspberry Pi computers.

This playbook/project makes setting up Drupal on a single Raspberry Pi a very easy/simple operation using Nginx and Docker Compose.

Set up the Raspberry Pi

Drupal requires as good a Raspberry Pi as you can afford. While Drupal will run okay on any Raspberry Pi, it's best to use a model 2 B or later (newer models have a snappy four-core processor and at least 1GB RAM).

Once you have your Raspberry Pi and a good microSD card (the fastest/best one you can get—see microSD Card Benchmarks!), you will need to do a few things to set up the Raspberry Pi and get it ready to run Drupal.

Set up on Raspberry Pi with Raspbian / GUI

These directions assume you're working directly on your Raspberry Pi, running Raspbian, with a keyboard and monitor attached:

† If you plan on using your Pi as a headless Drupal server, you don't need all the extra software included with the default Raspbian image. I recommend you use the official 'Raspbian Lite' image instead; see the next section.

Set up on Raspberry Pi with Raspbian Lite / CLI

These directions assume you're working either directly on your Raspberry Pi, running Raspbian Lite, or remotely logged into the Pi via SSH:

Install LEMP software stack and Drupal with Ansible and Docker

You need to download this repository to the Pi and run the included playbook to install and configure everything.

After a few minutes, the playbook should complete successfully, and you should have Drupal running on your Raspberry Pi, accessible via http://localhost/

To be able to access the site from other computers on your network (e.g. by accessing http://www.drupalpi.test/, add an entry to your local hosts file like [ip-of-raspberry-pi] www.drupalpi.test.

NOTE: For best security, you should create a config.yml file and at least override any password settings from the default.config.yml file (e.g. drupal_database_password).

You can run the Ansible playbook from another host (instead of from within the VM—this also allows you to do everything without installing pip and ansible on the Raspberry Pi itself!).

Note: If you have a headless Raspberry Pi and would like to find it's IP address, one way of doing so is to use a tool like Fing).

Adding your own Ansible tasks

If you need to add some additional automation, there is a concept of 'hook' files which will get called at different stages of the build if they are present (in the root directory of this project):

One use of these hooks would be to do extra steps to deploy your own container and codebase, without having to use a private registry. See an example which I use to build and deploy one of my Drupal codebases: hook-tasks.yml example for Drupal for Kubernetes.

Updating your Pi (for future versions of Drupal Pi)

If you need to update Drupal Pi, do the following:

Note: Remove -c local if running from another host.

There is a reset.yml playbook included that will reset the environment so you can install a fresh copy of Drupal. To run the playbook, enter the following command in the same directory as this README:

Note: Remove -c local if running from another host.

After it finishes resetting the environment, you can run the main.yml playbook again to rebuild the Drupal site.

The Drupal Pi includes a basic proxy cache configuration which uses Nginx to reverse proxy and cache all requests which do not include a Drupal session cookie. This can increase the speed of page delivery by 60x or more, meaning your little Pi could serve up more traffic than most home Internet uplinks could handle!

To enable Nginx's proxy cache, set the following value in your config.yml and run the main playbook:

Using Drupal Pi as a load balancer for Pi Dramble

This project can also switch from running a site locally to being used as a load balancer for the Pi Dramble Cluster. All you have to do is set nginx_use_as_lb: true in your config.yml, make sure all the Pis which are responding to requests are in the nginx_lb_backends list, and run the playbook to redeploy the Nginx configuration.

Then point the domain you would normally point at the Pi Dramble cluster (e.g. cluster.pidramble.test) at the IP of the single Drupal Pi instead!

This project was started in 2015 by Jeff Geerling, author of Ansible for DevOps.