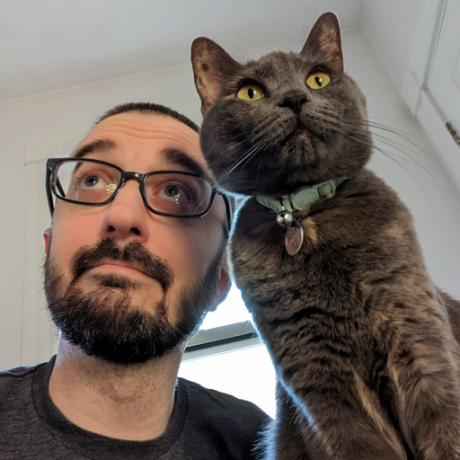 Hi! My name is Scott.

I'm currently focused on wrapping up Flip Jacks, but I'm also working on a bunch of other projects. Here is a list of the projects that have been built or updated in the last year.

Match Attack is a memory game with a twist. Collect tiles that can then be used against an evil clown hell-bent on killing you.

Smoothie Operator is a Unity port of an HTML JavaScript canvas game I built a few years back at the Purple Monkey Game Jam.

This project was built with the sole purpose of simplifying the addition of subtitles to VR applications.

Cards Against Undefined is an online version of Cards Against Humanity built with a number of packages that were released during the initial development. These packages are built specifically for building Jackbox-like games.

Using the packages detailed above, I've started to build out an online drawing game. In the process of developing this untitled game, I've released a package for drawing SVGs on either the desktop or mobile devices. The final project of this application will use the websocket-game-lobby, websocket-game-lobby-client-hooks and the soon to be released Unity package.

I've also been actively maintaining my suite of packages for building games or applications in Unity called CandyCoded.

In addition to CandyCoded, I also maintain a lot of tools for simplifying certain aspects of Unity development.

I love Trello, but I've found managing a number of boards can result in lost tasks. To simplify this process, I made a Trello board aggregator called Top Down. Top Down is a read-only aggregate of lists in all of your starred boards. It is free to use and doesn't store any data at all.

When Slack first opened up the platform to development, I immediately started to create content for it. Recently, I decided to go back and rebuild those projects to work with more recent technology.

3,929 contributions in the last year