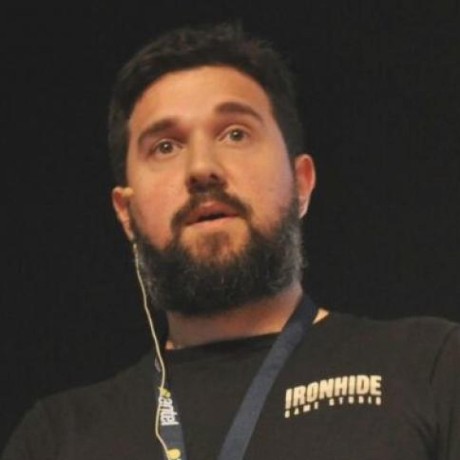 Follow
Hi there, I am a professional Game Programmer and Computer Science Engineer since 2010 but I was passionate about game development all my life.
75 followers · 14 following

Hi there , I am a professional Game Programmer and Computer Science Engineer since 2010 but I was passionate about game development all my life.

I currently work at Ironhide Game Studio on an "Unannounced Project" as Lead Game Engineer, but previously worked on Iron Marines Invasion, Iron Marines, and some of the Kingdom Rush game series too.

Previously, I worked at Gemserk with rgarat where we created lots of game prototypes using Java, LWJGL and LibGDX (among others) and learned a lot and we end up porting Clash of the Olympians to mobile devices.

I have some personal open source projects like a selection history plugin for Unity, among others, and also some shared projects as well, like all the stuff we did at Gemserk. I also helped with bug fixes pr in some other projects like LibGDX (a long time ago).

Big fan of git and Github, using it in different projects since it was released I believe, here are my stats which I am super proud of:

3,475 contributions in the last year