The HTTP API only works on LocDirect server version 2.14.131 or later

Make it a development type of user 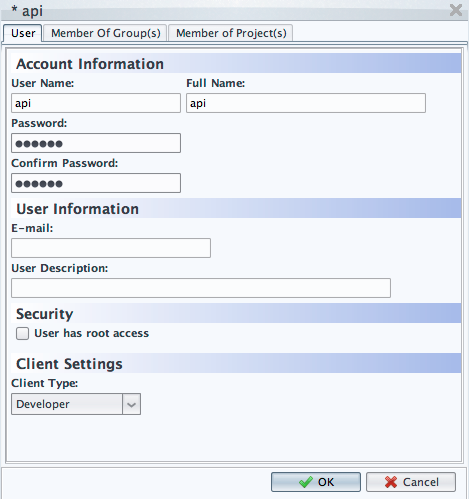 Edit both projects and add the user as "Project Member(s)": 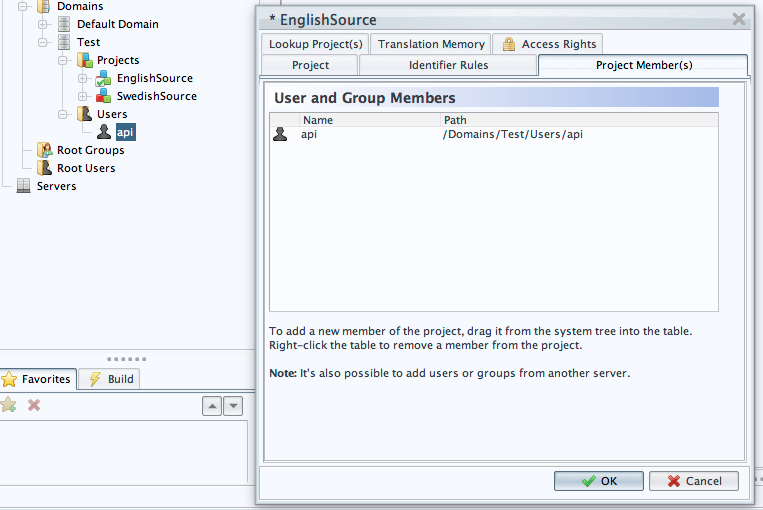 Lets try out the exporter command ld_http_exporter.py It has the following arguments:

This generates a UTF-8 formatted csv that looks like:

Notice how the " comes out as “" we use double quotations for managing quotes in csv.

Running the same but using json as format instead of csv generates:

Notice that in json the " comes out as "

Now, delete the two exported strings from the SwedishSource project and we’ll import the test.csv file into the project again. The importer can only import csv files - however, you can change the script to add additional format support.

This will import the two strings into the project again.

When English is not the source language of a project a usual process is to translate it into English first and then use the English as source for going into other languages. This introduces a new step in the localization process using LocDirect this can be dealt with by setting up two projects. Lets say Swedish is the source and English is the target language of the first project, named "SwedishSource". The second project then has English as source and French, Italian and Spanish as target languages. This second project is named "EnglishSource".

The fields input is used to copy over additional fields such as description or custom fields.

So str_1 which was translated into English has now appeared in EnglishSource and the English text is now used as source language ready to be localized into other languages.

Lets type in the French translation into EnglishSource:

Lets make a change to SwedishSource:

And run the ld_http_updater script again. This outputs:

If you plan to use the updater script for your project here’s a few things to know:

Folders will be created in the destination project but if the source project folder name is renamed, one of two things will happen:

If you have unchecked the "String Identifiers must be unique in project" and allow non-unique ID then the new folder will be created and a new instance of the string will also be created. Any existing strings in the old folder will remain. This will lead to duplicates.

So, if folders are used - they should not be changed, nor should strings be moved out of their folders. If a folder is renamed, then the destination folder should be renamed manually before executing any update.