Predator&Prey is a little OpenGL game that shows emergent behaviour of independent agents. In particular, it showcases herding of groups of animals, ala the boid model, in the presence of predators.

The behaviour is not hardwired. Rather, the agents follow a simple set of rules (using a built-in rules scripting engine), letting the patterns in their behaviour emerge naturally.

There are two agents in the world: 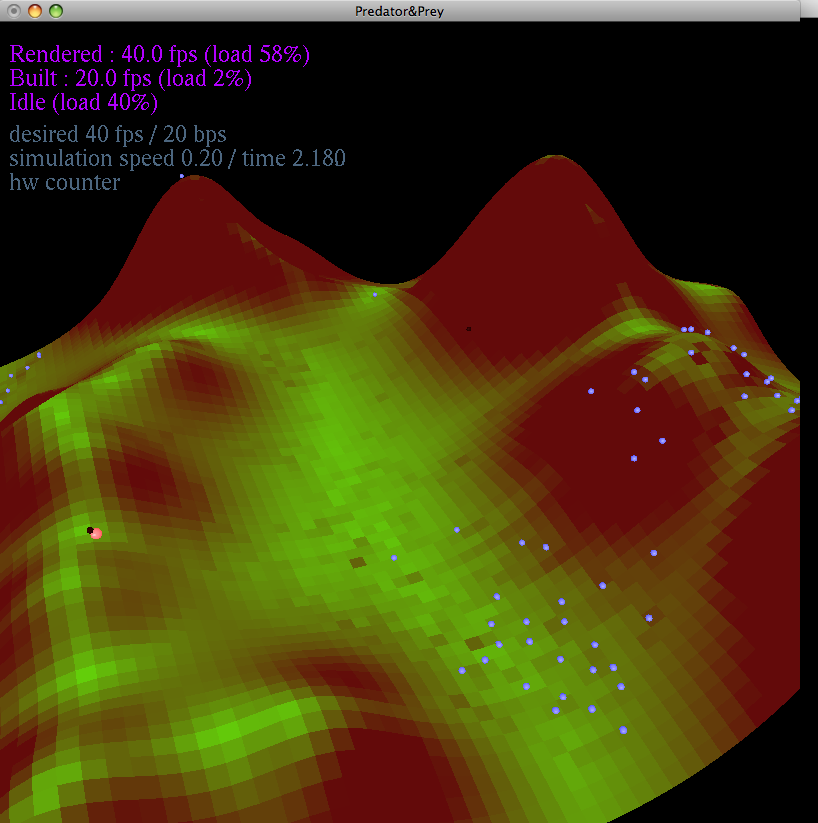 Another, less visible but equally cool feature is the simulation itself. Rendering (as in frames per second, FPS) is completely decoupled from the agent's AI thinking (builds per second, BPS). You can render at 80 FPS, but still have the agents process their environment only once per second (or vice versa).

Also the simulation time is independent of the "real" time (your wall clock), so you can arbitrarily slow down/accelerate the simulation, or even freeze it.

View the world directly from above, zoom out and keep pressing 0 (random world reset) until you get a world with no predators. Then increase the simulation speed to 1.0 and just watch the hordes of prey roam the world, making it barren (the grass they eat doesn't grow back).

The boid model is just mesmerizing. I could watch it for hours :) 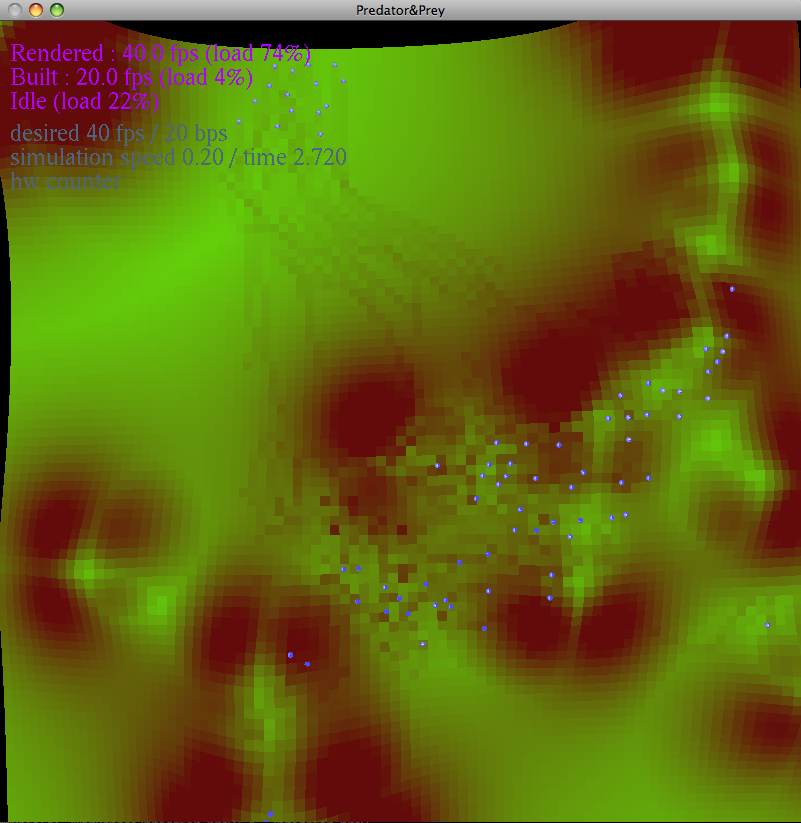 Under Linux or OS X, just type make. Make sure you have the OpenGL Utility Toolkit installed (OS X has it by default, in some Linuxes you have to apt-get install libglut3-dev or equivalent).

Under Windows, either use the VS project files in folder build_windows or just run the already-compiled executable there. I also included glut32.dll in build_windows, in case your Windows didn't come with the OpenGL Utility Toolkit.

The demo was created using Microsoft Visual Studio 7.0. I don't have MVS anymore, so I gently hacked the code to compile under Linux and OS X as well (with a few #ifdefs) in 2011.

I created this little demo ages ago (in 2004), when researching some AI game technologies. Don't expect any updates or support here.