Terminator will run on any modern OS with Java 6 or later.

Here are some of the features unique to Terminator, or which are rare amongst the competition: 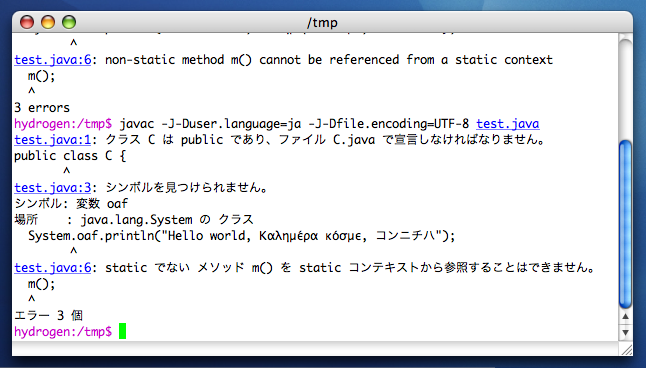 We think Terminator is the clear choice for the discerning terminal user. Though originally written for Linux to make up for the fact that no Linux terminal emulator was as good as Mac OS' Terminal, it has now surpassed Terminal in several areas.

Feel free to visit or join the terminator-users group.

The original implementation and documentation was written by Phil Norman.

The original idea of having a suitably hackable terminal emulator with which to experiment with advanced features came from Elliott Hughes, and he turned Phil's component into an application.

Martin Dorey was responsible for the Cygwin port; we wrote more about Porting JNI code to Win32 with Cygwin and java.io.FileDescriptor on Win32. With the advent of Cygwin64, we now support Win64 natively.

Phil wrote the code that took us from nothing to a more-or-less usable replacement for rxvt on his own between 2004-04-21 and 2004-05-28. Given that he was on holiday for a week during this time, that made roughly a month of development time.

Since then, Terminator has been on the long slog towards Joel's ten years of quality.

Matt Hillsdon added URL highlighting and made Terminator easier to embed in Eclipse.

Simon Sadedin added support for block selection when dragging with the Ctrl key.