This project contains a number of experiments in the simulation / graphics category. I frequently write Haskell projects where I delegate the performance critical, numerical code to C/C++ or offload it to the GPU. I wanted to try using Rust as a safer and more functional alternative. The application itself is written in Haskell, doing the display, user interaction and non-inner-loop parts with the actual computations done in a Rust library. 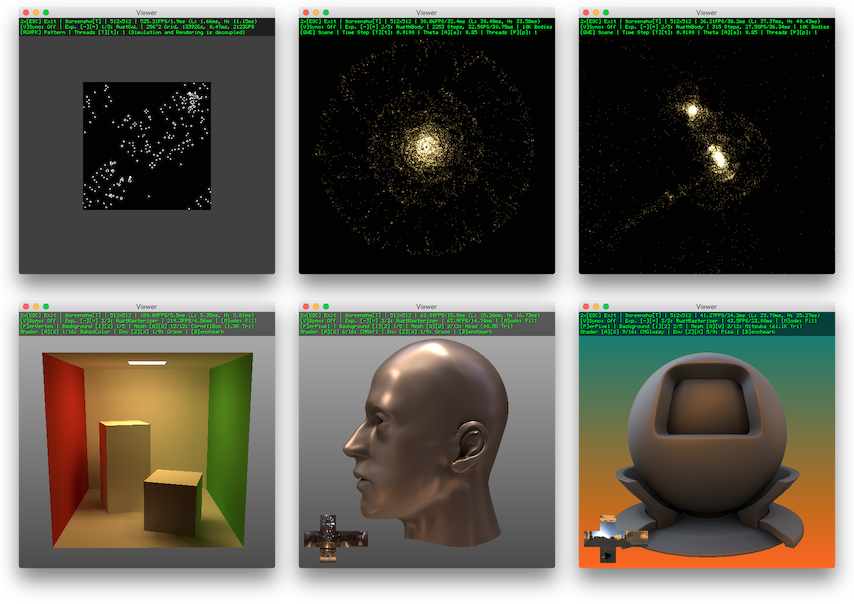 If you want to read actual algorithm descriptions and references for these experiments, including more, higher quality images visit the following link to my website

once you have Stack and Cargo / Rust installed.

This program is published under the MIT License.