An online shooter with ridiculously fast dynamics.
Challenge your friend to an intense duel, or gather two clans to hold a spectacular skirmish. 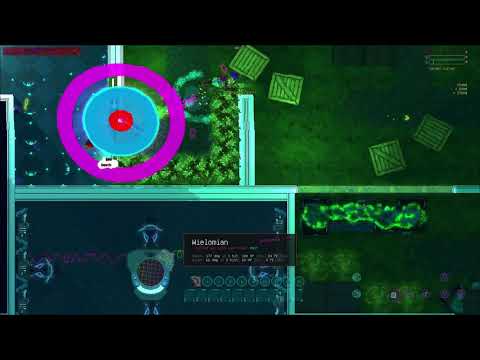 Hypersomnia is a fast-paced top-down arena released as free software, with an aspiration to one day become an MMO with elements of RPG.

Set in a hypothetical afterlife reality, it shall provide joy through altruistic behaviours, fierce fights, exploration, fulfillment of elaborate social roles or sowing panic as a traitor to benevolent ones.

Declare allegiance to one of the three factions whose apple of discord is a disparity between prevailing notions of moral excellence. Metropolis. Atlantis. Resistance.

See the game's wiki to get familiar with the universe.
To understand the repository's folder structure, make sure to read the documentation. 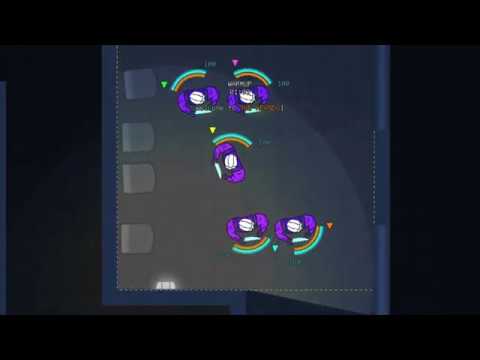 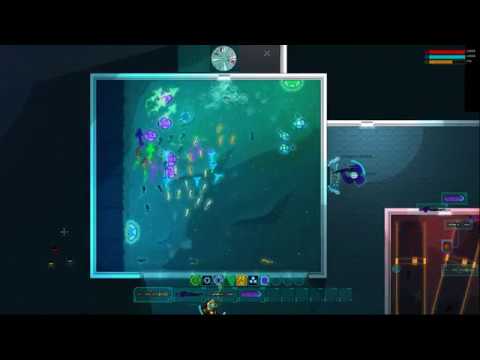 You can reconfigure all bindings by going to Settings->Controls tab.

Currently, Hypersomnia is only buildable using clang. Additionally, your operating system must be 64-bit.

Irrespectively of the OS, you will need the following software in order to build Hypersomnia:

Once dependencies are installed, go to the directory where you wish to have your Hypersomnia project downloaded, open git bash and paste:

The --recurse-submodules is necessary to clone the submodules as well.

Wait for the download to complete. Next steps depend on the platform you are on.

On all platforms, you can choose among three building configurations:

Refer to appveyor.yml file for up-to-date building procedure. A short overview of the process now follows.

Open up the terminal. Setup the environment:

If the file cannot be found, you might need to look somewhere else for the vcvarsall.bat that comes with your particular Visual Studio installation. Another possible location is:

Next, run these commands:

Note: your computer might start lagging heavily for the duration of the build as ninja will use all available cores for compilation.

If you intend to develop the game, it is best to use "Debug" configuration for the fastest builds.

If you want to somehow customize your build, e.g. disable certain game features, refer to the beginning of CMakeLists.txt to see which options you can pass to the cmake command.

If the game builds successfully, issue this command to launch it:

If, for some reason, some step fails, refer to the latest working Appveyor build and the relevant appveyor.yml file.

Refer to .travis.yml file for up-to-date building procedure. A short overview of the process now follows.

Once the dependencies are all set, this is the complete script for building and launching the game from scratch, with RelWithDebInfo configuration:

Use your favorite shell to enter the repository's directory. Then run:

After which, the resultant build.ninja should appear in the build/Debug-x64-clang directory.

After which, the resultant build.ninja should appear in the build/Debug-x64-gcc directory.

The above targets set the working directory automatically to ${PROJECT_SOURCE_DIR}/hypersomnia.

If, for some reason, some step fails, refer to the latest working Travis build and the relevant travis.yml file.

If the game fails to launch, it should automatically open a log file with the relevant message using $VISUAL executable.

If you plan to use the Hypersomnia editor on Linux, you might want to follow some additional configuration to make the experience better.

The Hypersomnia editor can choose directories for opening projects and saving them.
On Windows, this is accomplished through an IFileDialog.
Needless to say, such a class does not exist on Linux.
Hypersomnia provides shell scripts for common file managers in hypersomnia/scripts/unix/managers.
You'll need one for choosing a directory and one for revealing files in explorer.
cd to hypersomnia/scripts/unix and, assuming you want to use ranger as your file manager, create symlinks as such:

The framework also supports calling scripts for opening and saving files,
though the project does not use this functionality yet:

None of the symlinks will be tracked by git.

To implement your own script for choosing a directory:

Pull requests are welcomed, should they even be typo fixes, missing const guarantees or changes in nomenclature. If you however plan to add a completely new feature, create a relevant issue so that everybody knows about it, because the project is continuously in a very, very active development and may undergo a revolution when it is the least expected.

For documentation, please make sure to read the wiki to learn about the game and the source code.

You will be added to TeamHypersomnia organization once at least one of your pull requests is accepted.

If you have questions or you fail to build Hypersomnia, create an issue. Or if you just can't wait to utter some brilliant ideas with regard to the game, please do so, too!